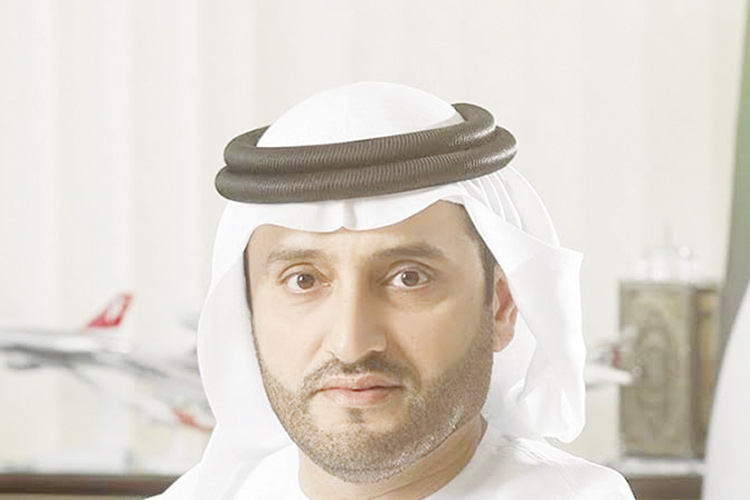 Ali Salem Al Midfa, Chairman of SIMSC, says the Sharjah F1 Team is in line with the strategic objectives of the government of Sharjah.

SHARJAH: After playing a role of a perfect host for the past 19 years, Sharjah International Marine Sports Club (SIMSC) on Sunday announced the participation of the Sharjah Team in the new UIM F1H2O World Championship season.

The team will participate in the 2019 season of the F1 and F4 World Championships which includes eight rounds with the season opener being held in Dammam, Saudi Arabia from March 28-30, followed by Portugal from May 17-19 and the third in France from July 5-7.  The team will then follow the world-class races in China, India and other countries and conclude their journey at the season ending UIM F1 H20 Sharjah Grand Prix, which is scheduled to be held from Dec.18-21.

Talking to Gulf Today Ali Salem Al Midfa, Chairman of SIMSC, said: “The formation of the Sharjah F1 Team is in line with the strategic objectives of the government of Sharjah in terms of facilitating sports and youth activities.

“The formation of teams aligns with Sharjah’s values and aspirations which supports the Emirate’s goal of achieving excellence in sports and establishing its presence on the global stage,” he added.

He stressed that the keenness of the SIMSC to support the Sharjah Team is to achieve its goals and aspirations and to enhance the level of the team in various aspects of sports including technical and administrative. He stressed that the formation of the team follows the Emirate’s proud history of successfully organising UIM F1H2O World Championship races for the past 19 years.

The Emirate of Sharjah has a longstanding and very successful association with the UIM F1H2O World Championship, hosting its first Grand Prix on the spectacular Khalid Lagoon in the heart of the city in 2000 and since 2004 has become the showpiece for the traditional end of the season finale.

He added that the team forms the nucleus of a national team that will train national cadres and attract enthusiasts to support them and sharpen their skills, towards building an integrated national team during the first three years capable of competing internationally. The Chairman of SIMSC extended his gratitude to Sheikh Sultan Bin Mohammed Bin Sultan Al Qasimi, Crown Prince and Deputy Ruler of Sharjah and Chairman of the Executive Council, for his unwavering support for the activities of the club, which encourages the youth to engage in marine sports and achieve positive outcomes at various international competitions.

“Every year the season ending Sharjah Grand Prix attracts top international champions, as well as local and international tourists to the Emirate.

“Sharjah’s F1 team reflects the Emirate’s interest and experience in this type of water sports and translates its 20-year experience into reality,” he added.

“We work closely with the SIMSC to promote sports tourism so it makes absolute sense to now have a team in the championship.”

Ahmed Al Hosani, Director of SIMSC, said that the Sharjah team consists of two squads besides technicians and other support staff. One team is for F1 while other will participate in F2 and F4-S championship. “The Sharjah Team has been given the best of facilities and infrastructure including fully equipped latest speedboats. While two boats are dedicated to the F1 racing, one boat is reserved for F2, with a speed of up to 200 kms per hour.

Sharjah’s F1 Team will be led by Finland’s Sami Selio, who has more than 21 years of racing experience.