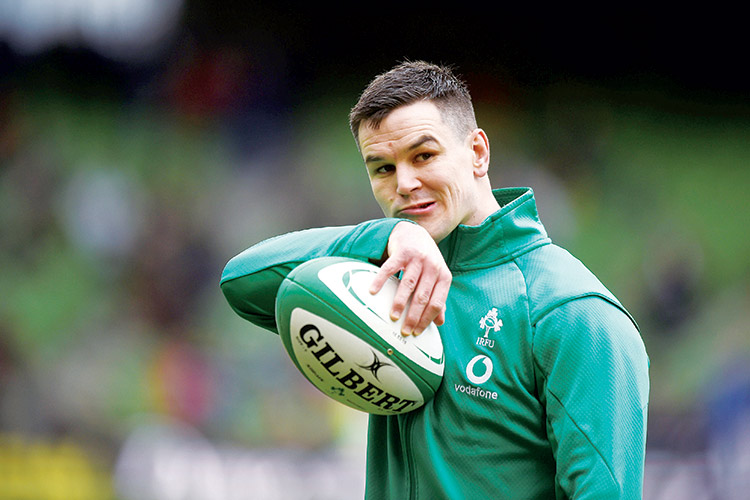 The 33-year-old World Player of the Year -- who showed a return to form in the 26-14 win over France last Sunday -- was pivotal in halting world champions New Zealand’s 18-game run when they recorded a first-ever win over them in Chicago in November 2016.

He and the Irish followed that up by denying England a second successive Grand Slam in Dublin in 2017 and ending Eddie Jones’s side’s 18-match winning streak.

“I don’t know if Wales feel like they’re invincible, they’re saying that they’ve forgotten how to lose and all of that,” said Sexton at a press conference on Tuesday ahead of Saturday’s clash in Cardiff.

“They’ve eked out some results, we’ve played well against teams that have gone on runs before; New Zealand, England; stopping their runs.

“Again, we’ll give them the respect that they absolutely deserve.

“We’ll analyse them, we’ll talk about where we can get at them, where we think they are very strong and we’ll come up with a plan.”

Sexton, who scored a sublime try against the French to end a drought dating back to 2015, said the Irish were still hopeful of defending the title.

Ireland will win the Six Nations if they beat Wales and the injury-ravaged Scots shock England at Twickenham.

“I know from talking to some of the Welsh lads on previous tours that the expectation in Wales is huge all the time and it will be at its highest this week to get a Grand Slam.

“We still have a shout (of the championship) and we know that if we get a performance then the pressure is on England and then you never know what might happen.”

Saturday’s match will also mark the end of the Six Nations careers of both head coach Joe Schmidt and inspirational captain Rory Best.