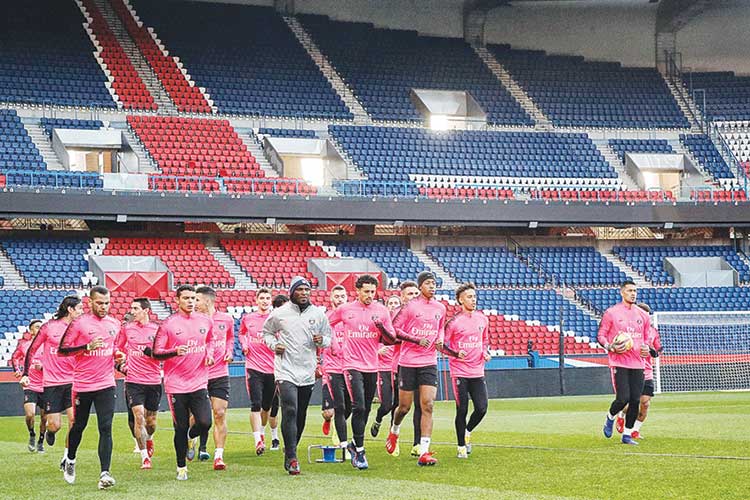 Paris: Paris Saint-Germain players ran a gauntlet of hate and abuse after they invited 500 of their diehard fans to witness a training session on Sunday having earlier been blasted as “shameless” and “spineless”.

Just days after their last-minute exit at the hands of Manchester United in the Champions League, the French giants’ decision to invite some fans back to the Parc des Princes spectacularly back-fired.

The squad’s first get-together since Wednesday’s last 16 defeat was switched after the words “Shameful! Spineless” and “Respect us” were graffitied at their Camp de Loges training base on Friday.

The 500 or so PSG ‘Ultras’ allowed into the ground on Sunday then screamed “Bunch of bastards” and “Show us your balls” towards the players on the field, according to videos posted on social media.

Captain Thiago Silva and defender Marquinhos attempted to calm the crowd by pleading on the public address system but their pleas were drowned out by further verbal abuse, newspaper Le Parisian reported.

The taunting, as well as the noise of firecrackers and smoke bombs, echoed around the stadium and could be heard outside the ground.

PSG’s game at Nantes this weekend was postponed although they remain well clear of second-placed Lille and all but assured a sixth Ligue 1 title in seven seasons.

Marcus Rashford’s 94th-minute penalty gave the Red Devils a 3-1 win to send the English club through on away goals after becoming the first team in the competition’s history to overturn a 2-0 home defeat.

“I’m stunned. I haven’t been able to sleep,” Mbappe told TF1 in an interview. “It’s difficult, we’d worked so hard to get to this point and we’re disappointed. We’re going to try and pick ourselves back up.”

Thomas Tuchel’s men are also through to the last four of the French Cup, but Mbappe admitted it was hard to look ahead to the rest of the season with the pain of Wednesday’s defeat still raw.

“Honestly, it’s hard to give it too much thought because the Champions League was our goal. The stadium was full for a magnificent occasion, we spoiled the party. We didn’t want to ruin it but in the end we did.”