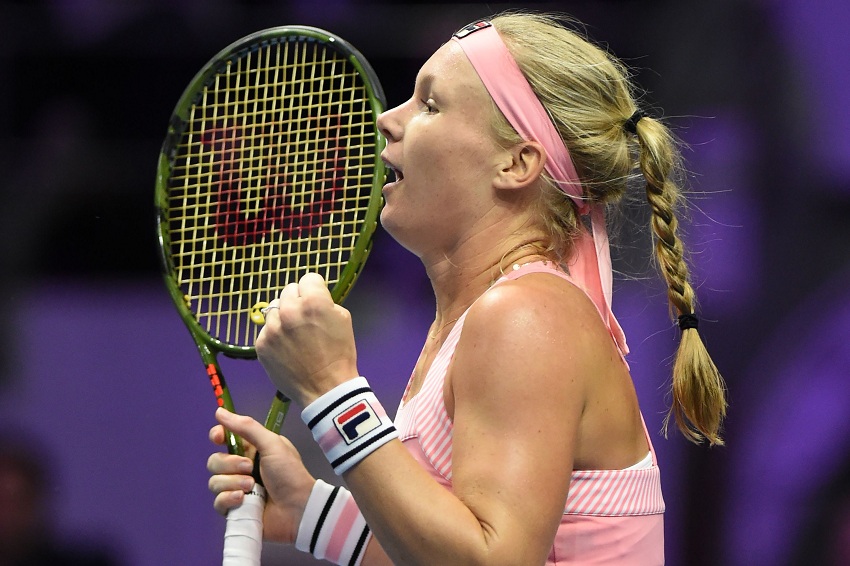 "It's great to be here. It was a great week and I hope to come back here next year to defend my title," Bertens said after her eighth WTA crown.

"My coach (Raemon Sluiter) told me that I was playing the right way and just needed to keep going for my shots. And it worked!"

She was serving for the first set but Bertens refused to surrender and pulled off an impressive comeback breaking back twice to level.

In the ensuing tiebreak the Dutchwoman played with great accuracy to claim a one-set lead after 58 minutes on court.

In the second set Bertens was even more precise on the indoor court at St Petersburg's 7,000-seater Sibur Arena.

She won 79 percent of points on her first serve and produced two more breaks to take the set, the match and the title, sealing her victory on her fourth match point with a backhand that hit the net and dropped over onto Vekic's half of the court.