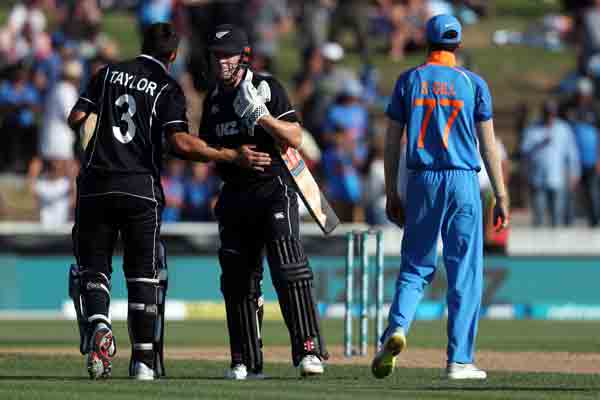 HAMILTON: New Zealand defeated India by eight wickets on Thursday in the fourth one-day international after the tourists crumbled without talisman Virat Kohli and posted their lowest ODI total since 2010.

After bowling out India for 92 in Hamilton, it took just 14.4 overs for the Black Caps to chase down the modest target.

The hosts were 93 for two, taking the five match series to 3-1 in India’s favour.