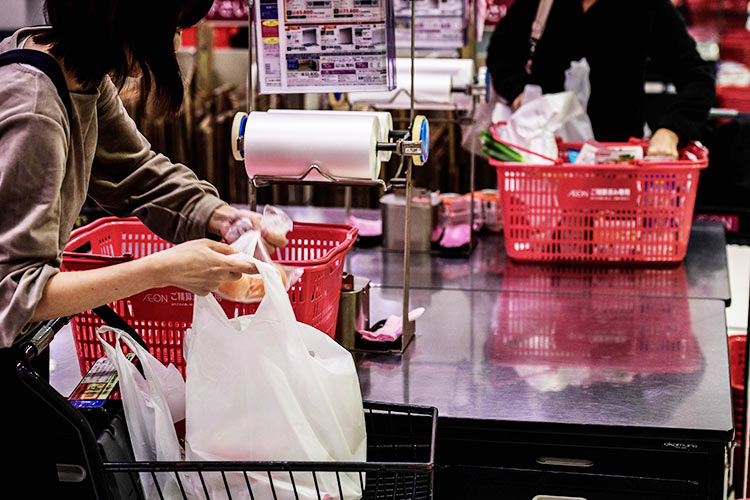 A general view of a shopping mall in Japan.

Japan boasts of having a strongly developed economy, its passport is one the most powerful in the world. Therefore I was quite taken aback to read that they lag far behind, much behind than even underdeveloped countries that have issued a plastic ban. It seems like despite having the aptitude to make a strong economy they are quite selfish in regard to the environment and the hazards that their lifestyle costs the environment.

Their use of plastic is shocking considering that the entire world is rallying against the use of plastics. This is also considering that whales have been found dead with plastic in their tummy and the photos circulating all over the internet about how our senseless use of plastics is affecting all animals. It is appalling to know that Japan is so addicted to plastic that they wrap individual bananas in it - one can imagine the dependency on plastic. The question to be asked is - how does the country dispose off this plastic? Do they recycle? Or do they add to the plastic islands that are already present in the oceans?

Japan also seems to be insensitive to other issues concerned with ecology sub as their hunting of whales despite the entire world opposing the same. If one would look into it, it is quite ruthless an act against another species and another living thing.

Just as it leads with its economy and passport, Japan needs to set an example with regards to environmental issues especially that concerning plastic and its use.