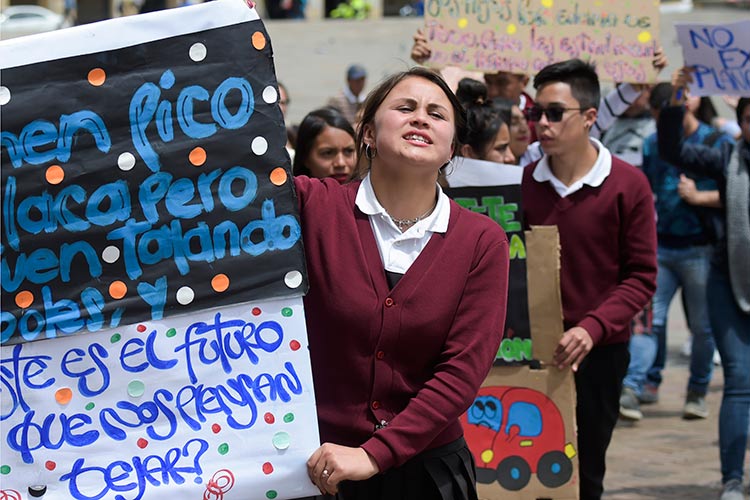 Students hold placards during a protest called by the "Fridays For Future" movement in Bogota, Colombia. AFP

Greta Thunberg has given birth to a revolution. A revolution that threatens to push world leaders into action on climate change. What we saw on Friday was the power of the youth. Classrooms in more than 100 countries fell empty as a result of students taking to the streets.

Climate change is one the biggest challenge to humanity. And yet several countries only give lip service in tackling the issue. To top it all, we have US President Trump who keeps insisting that climate change is “invented” and “ideological.” That is foolhardy to say the least because early February several lives were lost in the US Midwest as millions of Americans braved temperatures as low as minus 49°Celsius. The US last year also experienced its deadliest wildfire outbreak in over a century. Wake up people.