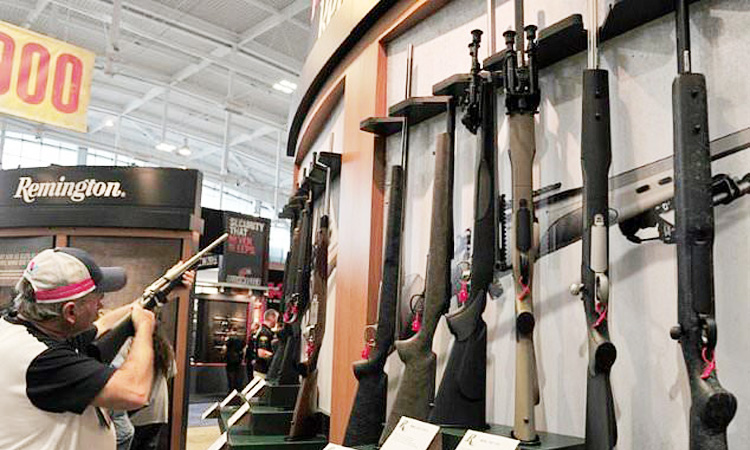 The NRA shut down production on its live television channel NRATV at the same time its top lobbyist resigned. File photo/ AFP

The National Rifle Association closed down live programming on its channel NRATV, which has been criticized even within the group for its ultra right-wing language.

The end of NRATV is “a victory for every American who wants to see less incendiary, hate-fueled rhetoric taking up space in the media landscape,” said Everytown for Gun Safety, a gun control advocacy nonprofit.

“The shutting down of the NRATV is just another sign that the NRA is in a state of crisis and the gun safety movement is stronger than it’s ever been,” the organization added in a thread on Twitter.

The channel’s closing down is linked to a bitter spat between the NRA and its advertising agency Ackerman McQueen. The NRA has filed a lawsuit against the agency, complaining of unjustified billings.

Additionally, the NRA’s top lobbyist Chris Cox, who was seen as a potential successor to the group’s longtime CEO Wayne LaPierre, resigned Wednesday, further adding to the group’s unrest.

Cox was accused of participating in an internal attempt to unseat LaPierre, according to media reports.

In April, NRA president Oliver North, who took over the position only last year, decided not to seek a second term. In a letter to the NRA’s executive committee, North accused LaPierre of using group funds for personal purchases.

North said that his efforts to fight alleged financial mismanagement in the NRA had led to his ouster.

The leadership struggle has played out in public view at a time when the NRA — which has long played an outsized role in the gun debate in America — has faced mounting political, regulatory and financial challenges.

After recent years saw some of the worst mass shootings in US history, leading to new cries for gun control, the pro-gun group’s revenues dropped sharply last year.

President Donald Trump, however, continues to throw his support behind the group.