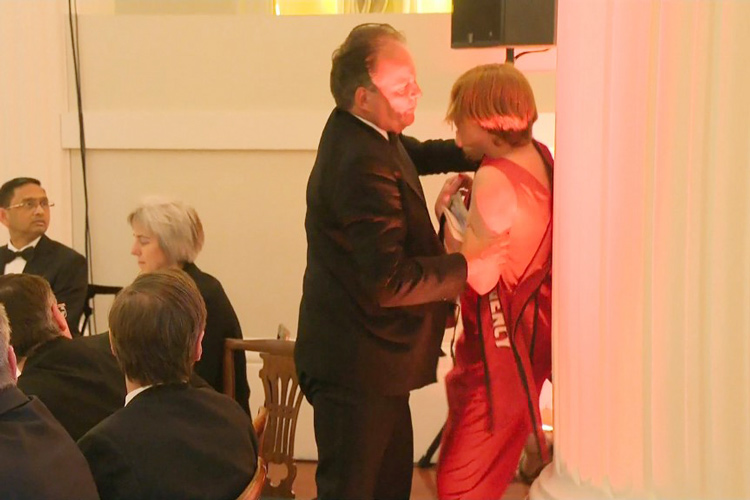 A Conservative MP has claimed that Mark Field grabbed a climate change protester by the neck because he “could not hold her by the chest.”

Colonel Bob Stewart, a former British Army officer, sought to defend the former Foreign Office minister by suggested he could not have touched the Greenpeace activist anywhere else on her body. He also said that Janet Baker could have been a suicide bomber targeting the Chancellor’s Mansion House speech in the City of London.

“I don’t quite understand why he should be suspended,” Stewart told BBC Radio 4’s World at One.

“The only way you can really control someone in those circumstances is possibly by the collar, but she wasn’t wearing a collar so that’s why his hand was probably around her neck.

“If he had touched her anywhere else he would probably have been deemed highly inappropriate.”

Stewart said: “The only way he could hold her was by the neck because she was wearing a dress. He looked a bit heavy handed but if you are going to act what else could you have done?”

“That is exactly how suicide bombers behave, they don’t run forward screaming they just move into a position and detonate things.

“I’m not saying she was a suicide bomber, who knows. Mark acted spontaneously, he tried to deal with it.”

Conservative MP Crispin Blunt also intervened in the row by claiming that Field was “to be commended” for his actions.

“With in practice minimum use of force he efficiently eliminated a potential threat to people and the event in the absence of any alternative,” he tweeted. “It’s called taking responsibility and leadership.”