Book on Jallianwala to be released in capital today - GulfToday

Book on Jallianwala to be released in capital today 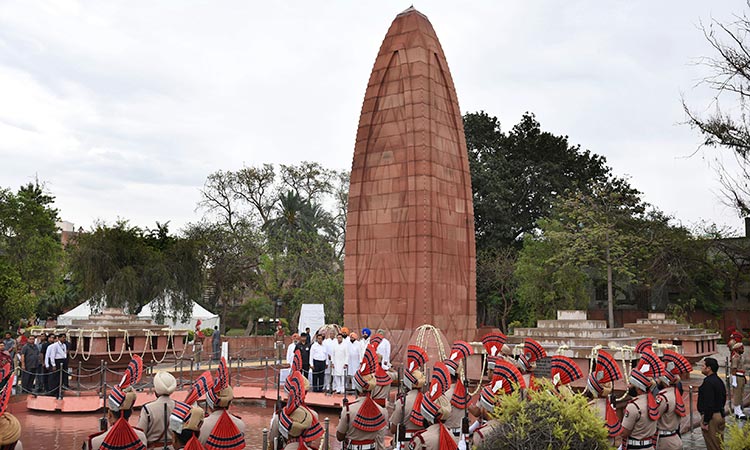 “I was born in Amritsar and my grandfather Nanak Singh was present at Jallianwala Bagh that fateful afternoon,” read the personal note of Navdeep Suri, Ambassador of India, Abu Dhabi, to journalists recently.

“He survived and went on to become one of the pre-eminent authors in the Punjabi language. As a 22-year old survivor of the massacre, he wrote a long poem called ‘Khooni Vaisakhi’ that was published in May 1920 and was promptly banned by the British authorities,” Ambassador Suri continued in his personal note.

He further said, “As we get ready to commemorate the centenary of that horrific event, HarperCollins India are publishing my English translation of Khooni Vaisakhi. The book also contains additional essays that provide context to the poem, including a moving account by BBC journalist Justin Rowlatt whose great grandfather Sir Sidney Rowlatt authored the infamous Act.”

Khooni Vaisakhi will be released at NYU Abu Dhabi on April 18 at 6pm. Justin Rowlatt will join the Ambassador in a conversation with Prof. Toral Gajarawala to discuss the poem and the events around the massacre itself.

Sheikh Nahyan Bin Mubarak Al Nahyan, UAE Minister of Tolerance, will welcome guests to a reading and discussion of the first English translation of Khooni Vaisakhi: A Poem from the Jallianwala Bagh Massacre, 1919 in recognition of the 100th anniversary of the massacre.

On April 13, 1919, British troops opened fire on a crowd of about 20,000 unarmed civilians who had gathered at Jallianwala Bagh, a public space in the city of Amritsar.

Around 2,000 persons were killed or wounded in ten minutes of sustained firing and the sheer brutality of the massacre made it a turning point in India’s struggle for independence.