Putin ready to improve ties with US after Mueller report - GulfToday

Putin ready to improve ties with US after Mueller report 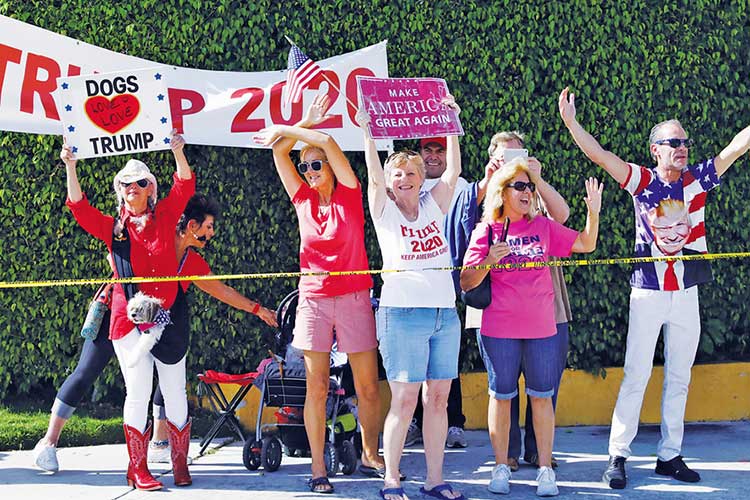 Moscow: The Kremlin said on Monday that President Vladimir Putin is ready to improve ties with the United States but that it was up to Washington to make the first move, after the conclusion of a US investigation into collusion between Donald Trump and Russia in the 2016 election.

US Attorney General William Barr said in a summary released on Sunday that Special Counsel Robert Mueller had found no evidence of collusion in his investigation.

Mueller’s conclusion that Trump’s campaign did not collude with Russia in the 2016 election is a serious blow to Democrats who had hoped Mueller’s report would boost their own wide-ranging probes into Trump’s business dealings.

The Kremlin reiterated denials that Moscow interfered in the 2016 US presidential election.

Kremlin spokesman Dmitry Peskov told journalists he had not seen the report but Russia’s “principled position on this matter is well known: our country has not interfered in the domestic affairs of other countries, including the United States.”

Peskov insisted “the accusations of interference... that are still being made against Russia, we as before consider to be baseless.” Democrats promptly called for the release of Mueller’s full report and noted that he did not exonerate Trump on the question of whether the president obstructed justice in trying to undermine investigations into the election campaign.

Barr’s summary of Mueller’s final report appeared to significantly reduce the risk of impeachment that had hovered over Trump almost since he took office on Jan. 20, 2017.

“It’s one of those hard realities that sometimes things don’t turn out the way you wanted them to,” said Democratic political consultant Colin Strother, who is based in Austin, Texas.

Even some high-level Democrats were talking not so much of ramping up investigations but the need to address bread-and-butter domestic issues. There is already a crowded field of Democratic presidential candidates hoping to deny Trump re-election next year.

“The president should get off the golf course and end his constant vacations. Back in Washington @HouseDemocrats are fighting to lower healthcare costs and fix our crumbling infrastructure,” tweeted Hakeem Jeffries, who heads the House of Representatives’ Democratic Caucus, as word of Mueller’s findings spread across the world.

Other Democrats tweeted about the need to curb gun violence and impose tougher constraints on offshore oil drilling.

Democrats won control of the US House of Representatives in congressional elections last November and have used their power since January to launch blockbuster hearings in the powerful House Judiciary and House Oversight committees.

Jerrold Nadler, the Judiciary Committee chair, put the White House on notice earlier this month when he said his panel was seeking documents from 81 individuals, government agencies and other entities for a broad probe into the 2016 campaign as well as corruption and obstruction of justice.

Democratic chairmen of three key committees - Intelligence, Oversight and Foreign Affairs - also sought documents about Trump’s conversations with Russian President Vladimir Putin. Those moves were part of an effort to lay the groundwork for possible impeachment proceedings against Trump - a move that has been undertaken only three other times in US history.

All they needed was a stinging condemnation from Mueller of Trump’s behaviour to give their probes liftoff.

Now, with Barr notifying Congress that Mueller found no evidence that Trump or anyone in his presidential campaign colluded with Russia’s meddling in the 2016 election, impeachment was seen as much less likely, barring new developments.

“It doesn’t look like there’s impeachment. Democratic leaders were already backing away from it,” said Elaine Kamarck, a senior fellow at the liberal-leaning Brookings Institution in Washington.

Kamarck was referring to House Speaker Nancy Pelosi, the top US Democrat, who recently said in a Washington Post interview that the country should not go down the path of impeachment because Trump is “just not worth it.”