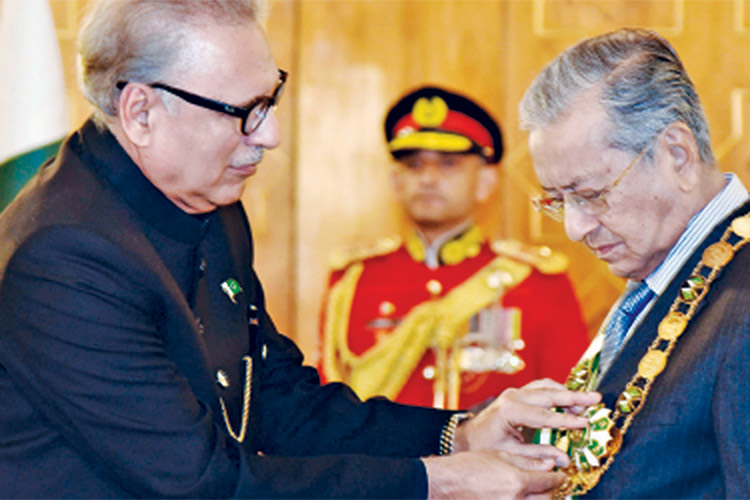 Umar said the visiting delegation sought participation of JF-17 Thunder aircraft in a defence fair to be held in Malaysia in the near future. He said both sides agreed on business and investment worth hundreds of millions of dollars in diverse fields.

Malaysia would import Halal meat and rice from Pakistan, while the two sides also agreed to open branches of their banks in the two countries, he added.

The Board of Investment arranged an Investment Round Table where the investors from both sides expressed interest in joint ventures. The Malaysian investors showed interest in investing in telecommunication, automobiles, electric vehicle and halal food sectors. The two countries agreed to strengthen their economic relations by promoting trade and investments.

Prime Minster Imran Khan announced at the Round Table that Pakistan and Malaysia have set up a permanent ministerial level committee that will meet regularly to keep enhancing trade between the two countries.

Pakistani and Malaysian firms signed six memoranda of understanding (MoUs) for joint venture in IT, telecommunication and car manufacturing.

Malaysian Prime Minister Mahathir Mohammad said his country plans to set up a Proton car manufacturing unit in Pakistan, which will start production in June next year. He also presented a gift of Proton car to Imran on this occasion. He said Malaysia is a trading nation and it does not have enmity with any other country, except Israel as it has usurped the land of Palestinians and expelled them from their country.

Khan thanked his Malaysian counterpart for his continued interest in Pakistan. He apprised the businessmen about economic reforms and the opportunities offered by the new government. He stated that the government is committed to improve ease of doing business. The Malaysian prime minister highlighted the importance of decades’ long strategic partnership with Pakistan. He mentioned the importance of bilateral trade and investment with Pakistan. He stated that trade can bring prosperity to nations and the miracle of Malaysian development was propelled by industrialisation and trade.