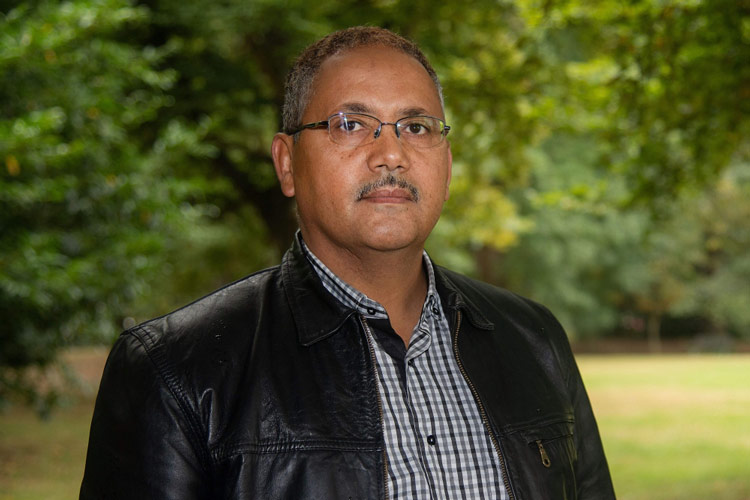 CHRISTCHURCH: As the bullets tore into worshippers during Friday prayers, taxi driver Abdul Kadir Ababora threw himself to the floor and wedged himself under a bookshelf used to hold the Holy Quran, praying he would see his wife and kids again.

Somehow that decision saved his life and he emerged from the carnage unscathed.

"It's just a miracle," he told AFP on Sunday as he revisited the scene. "When I woke up to the left and right of me it was just dead bodies."

Like so many who attended weekly prayers at Christchurch's Al Noor Mosque, Ababora had come to New Zealand from a troubled overseas homeland hoping to find peace and prosperity.

The 48-year-old said he arrived from Ethiopia in 2010 and made a life for himself in the placid city of Canterbury.

Two weeks ago he and his wife celebrated the birth of their third son. 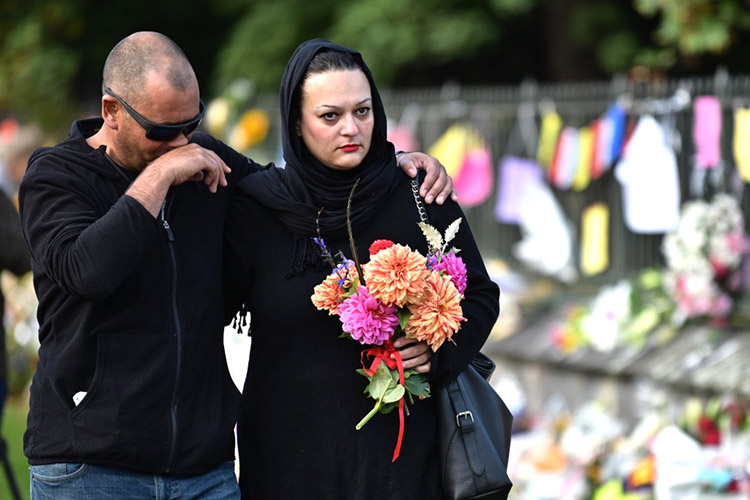 A man and a woman prepare to leave flowers in tribute to victims in Christchurch on Sunday. Anthony Wallace / AFP

Then on Friday a self-professed white supremacist, wielding an armoury of semi-automatic rifles scrawled with racist ideology, walked into the Al Noor Mosque and unleashed a rampage that left at least 50 dead and dozens more with life-changing injuries.

Ababora said the mosque's imam had just started delivering the English translation of the khutbah — the sermon during Friday prayers — when the gunfire erupted outside.

The first person he saw struck was a Palestinian, a man who was an engineer by training but who, like Abobora, also drove a taxi in the city.

"He walked up just to see what is going on and then he saw the attacker. When he tried to run he shot him somewhere here," Ababora recalled, pointing to his side. "I saw him falling down."

Soon Brenton Tarrant, the 28-year-old Australian police say carried out the massacre, was inside the prayer hall, pumping round after round into the defenceless worshippers.

Ababora said he instinctively fell to the ground and managed to squeeze himself against a bookshelf that held the Holy Quran worshippers used during prayers. Crucially, it made his body a slightly smaller target.

"I just pretended as if I am dead," he said.

Ababora said he was sickened at how methodical the killer was, firing round after round into the crumpled pile of bodies in a well-planned attack he later learned was broadcast on Facebook. 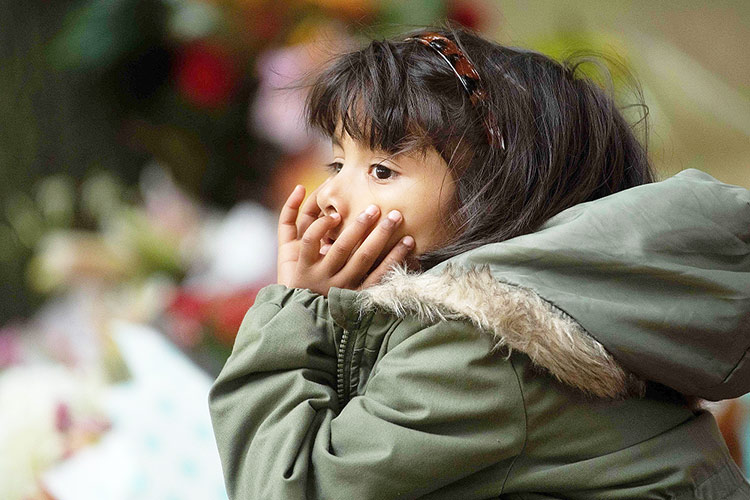 A girl looks across the road from the Dean Street mosque when worshipers were gunned down in Christchurch on Sunday. Marty Melville / AFP

He could feel the shockwaves from the bullets pass by his body.

"I was waiting (for) my moment, when every second (a) shot comes I was saying 'This is for me. This is for me'. And I lost hope," he said. He began to silently pray and think of his family.

The horror was far from over when the gunman departed after emptying a fourth magazine before driving across town to commit a second atrocity at the Linwood mosque.

For an agonising number of minutes afterwards, no one at the Al Noor Mosque dared make a sound. But as the pain got too much for the wounded, people started crying out.

The scene in front of Ababora was hellish.

"There was blood everywhere," he said.

A friend called out, saying he had been shot in the leg. He tried to help him up but the leg was shattered by the bullet. 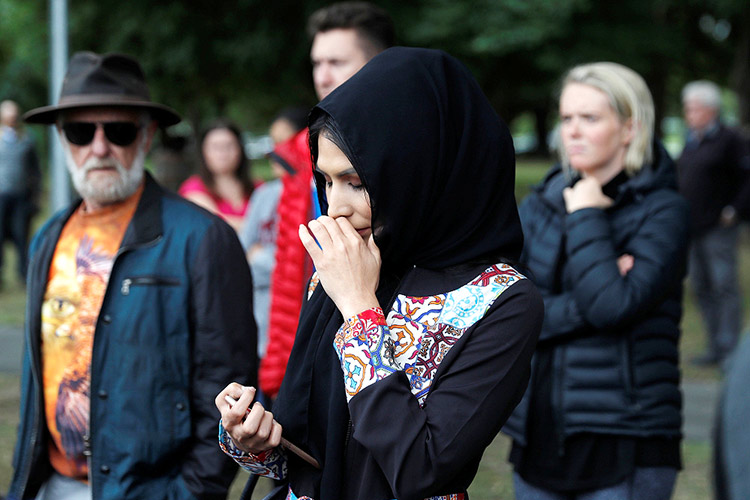 A woman from Afghanistan reacts near Masjid Al Noor in Christchurch on Sunday. Jorge Silva / Reuters

Ababora staggered outside to find another worshipper — whose son is friends with his eldest son — alive but with horrific injuries. He had been shot in the jaw, his hand and his back.

It was only after laying the man down he noticed two more bodies — two women lying in a pool of blood.

"They were late comers," he explained. "When he (the gunman) finished everyone in the mosque and he came out to escape, these ladies were late, and he shot them. Bang. Bang."

Close by was one of the gunman's discarded rifles and Ababora said he instantly recognised "Nazi" symbols written on it as well as historic places and dates celebrated by the far-right such as the Battle of Vienna in 1683.

"He wrote all the places where Muslims were attacked on the gun, all over the gun."

Like most of Christchurch's inhabitants, Ababora said he never believed such hatred would arrive on his doorstep.

"We used to say New Zealand is safe, especially in Christchurch we say we are safe, it's a trusting system here. The Muslims here, we are the most quiet people," he said, adding the mosques in the city don't even broadcast the call to prayer.

"New Zealand is not safe any more," he concluded. "This is brutal."