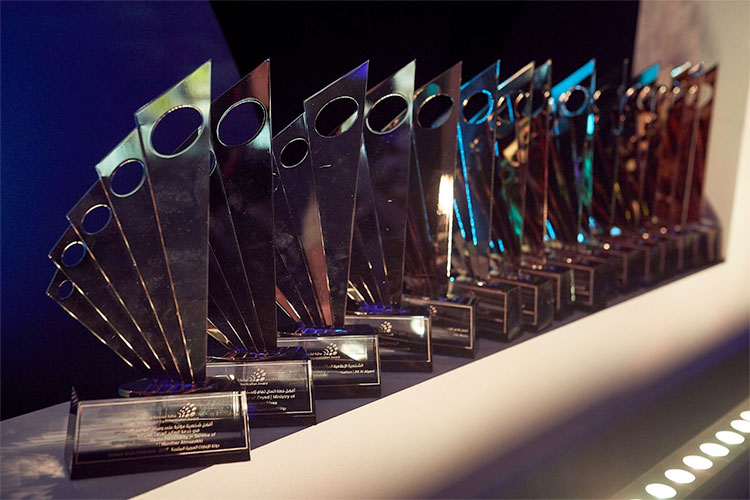 The shortlist features the Directorate of Town Planning and Survey (DTPS) in Sharjah.

The shortlist features the Directorate of Town Planning and Survey (DTPS) in Sharjah and Sharjah Finance Department (SFD) in the ‘Best Practices in Government Communication – Sharjah’. The Sharjah Commerce and Tourism Development Authority (SCTDA), UAE’s Ministry of Community Development (MoCD), and Abu Dhabi Ports (ADP) are shortlisted for the ‘Best Government Website – UAE’, while UAE’s Ministry of Human Resources and Emiratisation (MoHRE), Ministry of Community Development (MoCD), and Mohammed Bin Rashid Al Maktoum Foundation are shortlisted for the ‘Best Practices in Social Responsibility – UAE’. The Abu Dhabi Police (ADP) and UAE’s Ministry of Health and Prevention (MoHP) are nominated in the ‘Best Media Crisis Management – UAE’.

The nominees also include the Sharjah FDI Office (Invest in Sharjah) and the Sharjah Institute for Heritage (SIH) in the ‘Best Government Communication Campaign outside UAE– UAE’. The Sharjah Municipality (SM), Dubai Municipality (DM) and the Friends of Cancer Patients (FOCP) are shortlisted in the ‘Best Behaviour Change Campaign or Initiative – UAE’. The Ministry of Human Resources and Emiratisation in the UAE, the Dubai Health Authority (DHA) and the Department of Transport in Abu Dhabi are shortlisted for the ‘Best Government Application – GCC’.

Nominees for the ‘Best Youth Initiative in Government Communication – GCC’ include Abdulaziz Khaled Al Kassim from the Ministry of Communications and Information Technology in the Kingdom of Saudi Arabia, for the ‘Initiative to Instil Value of Happiness at Work’; Omaima Abdulhadi Al Matar from the University of Sharjah (UoS), for the ‘Anti-Bullying Campaign’; and Israa Qasim Mustafa from UoS, for the ‘Sustainable Agriculture Initiative’.

Kuwait Television- Ministry of Information Kuwait and b4bhcom – Kingdom of Bahrain are nominated in the ‘Best Media Initiative in Government Communication –GCC’.

The shortlist for the ‘Best Government Intercommunication Practice – GCC’ comprises the Directorate of Public Works (DPW) – Sharjah, Sharjah Finance Department (SFD) and Directorate of Town Planning and Survey (DTPS) – Sharjah. The nominees for the ‘Best Government Communication Strategy – GCC’ include the Sheikh Zayed Housing Programme (SZHP) and the Ministry of Infrastructure Development (MoID) in the UAE.

Tariq Saeed Allay, Director of SGMB, said: “The sixth edition of the SGCA saw record entries, particularly local participation. It was instrumental in stimulating individuals and organisations, as well as government and semi-government entities from the UAE and Gulf region to adopt and implement successful communication initiatives that align with social development goals – a fact that was indicated by the quality initiatives received by the SGCA’s judging panel.”

Expressing his gratitude to the judging panel for their great efforts in developing the Award, Allay praised the participation of individuals and organisations in the Award’s various categories.

He further added, “This year’s edition of the SGCA is particularly important because it aligns with the objectives of the eighth IGCF, which is focused on the role of communication in lifting communities. It seeks to harness the capabilities of all community members and enable them to participate in the development process by taking part in forming government plans and programmes.”