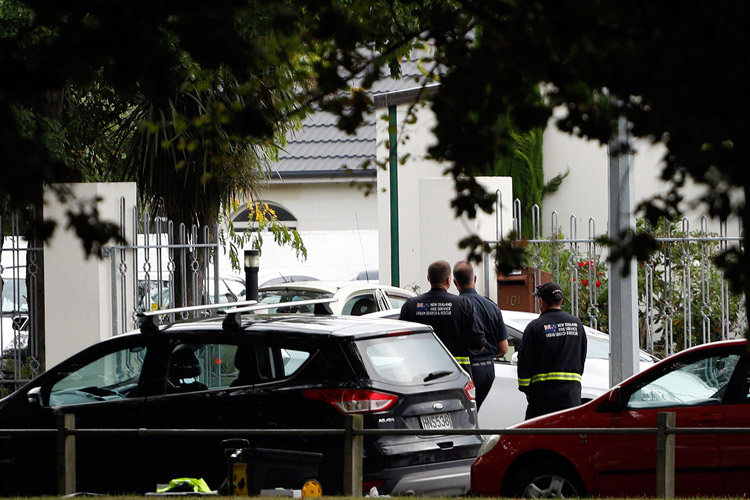 Security officials walk outside the Masjid al Noor mosque after a shooting incident in Christchurch on Friday. Tessa Burrows/AFP

The Council extended sincere condolences to the families of the victims and the government and people of New Zealand, praying to Allah Almighty to rest the victims' souls in heaven and provide their families with patience to endure their loss.

In a statement on Friday, the Council said that attacking innocents in places of worship by terrorists confirms in no uncertain way the gravity of the fanatic ideology of such extremists whose hatred of others flies in the face of all human values.

The Council called for safeguarding all communities against the perils posed by fanatic ideologies, urging the international community and all influential circles around the world to take all needed measures to reign in extremism and hate rhetoric wherever they exist.

The Council called for criminalising any acts that stoke religious hatred by activating UN Resolution No 65/224 on Combating Defamation of Religions.

The World Council of Muslim Communities is an Abu Dhabi-based international organisation that addresses challenges faced by Muslim communities across the world and fulfills their ambitions.