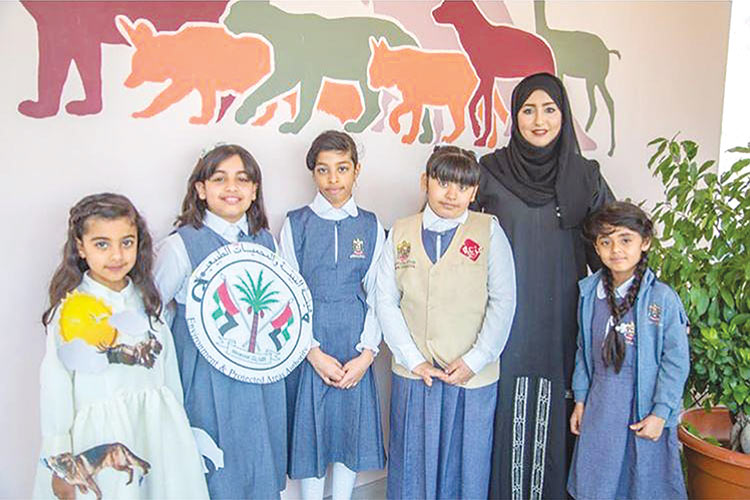 World Wildlife Day boosts awareness about the importance of protecting and preserving wildlife.

Held at the Centre’s headquarters in Kalba city in the Eastern Region, the programme was aimed at the local community with the support of the Cat and Dog Shelter, Sharjah Customs, the University of Sharjah, Umm Al Shuhada Primary School, Sharjah Sport Council and Al Sharqiya channel from Kalba.

In addition to being an opportunity to celebrate the rich diversity and beauty of fauna and flora, World Wildlife Day boosts awareness about the importance of protecting and preserving that diversity and discouraging actions that harm wildlife.

Hana Saif Al Suwaidi, EPAA Chairperson, said, “World Wildlife Day, which takes place on March 3rd each year, is an opportunity to introduce people to the biodiversity of flora and fauna and to raise awareness about the need to protect the ecosystem from threats.”

The programme involved a variety of activities, including a lecture about CITES and a performance about the importance of protecting wildlife in cooperation with Umm Al Shuhada School.

At their stands, the participating organisations presented information about their roles in the conservation of wildlife.

There was a workshop that involved making masks that resemble endangered animals from recycled materials, and a model of Al Hefaiyah Mountain Conservation Centre.

Dala Al Yemahi Director of Kalba branch added, “World Wildlife Day is a reminder of the urgent need to combat crimes against wildlife and to reduce humanity’s toll on other species. In its 68th session, the United Nations General Assembly adopted a resolution to proclaim March 3rd as World Wildlife Day in order to raise awareness about the importance of wild animals and plants.