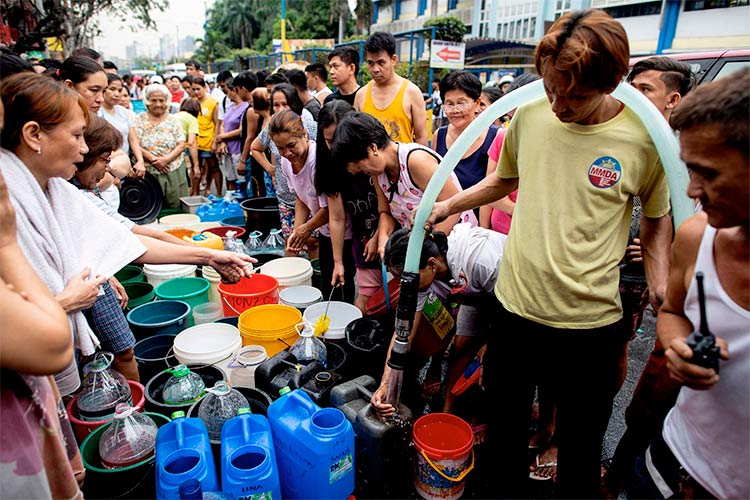 By Manolo B. Jara

MANILA: President Rodrigo “Rody” Duterte on Friday ordered the immediate release of water good for 150 days to ease the water crisis that befell Metro Manila, with a threat he would hold concerned officials “accountable” if they failed to do so.

This was announced by Salvador Panelo, the presidential spokesman, who said Duterte issued the order for immediate implementation to the state-run Metropolitan Waterworks and Sewerage System (MWSS) and the two private concessionaires - Manila Water Company and Maynilad Water Services Incorporated.

Panelo said the water is to be released from Angat Dam in Bulacan province in Central Luzon, the main source of potable water in Metro Manila.

It composes of 15 cities and one town with a population of 12 million as well as neighbouring areas.

“Failure to act or comply with this directive, president will personally go to them and make them responsible officers account for such failure,” Panelo, also the chief presidential legal counsel, warned.

Earlier, Panelo also expressed doubt that the acute water lack in Metro was “artificial,” pointing out that based on expert testimonies there was still enough water left despite the lack of rain to meet its requirements.

For the past week, long lines highlighted the acute lack of water in many areas in Metro Manila, similar to the queues that marred early morning scenes in public markets when the supply of cheap rice subsidized by the government dried up last year.

In particular, hundreds of thousands of residents complained they have to wake up early to join the lines armed with their drums and pails while waiting for water to be distributed by firetrucks.

Manila Water, the private concessionaire that services the need of most of the areas affected, said it was forced to cut supply because the water level at the La Mesa Dam, another major supplier, dropped due to lack of rain and high demand.

But the MWSS did not buy such excuse , saying Manila Water sources its supply from Angat Dam which has not yet reached its critical level of 195 meters.