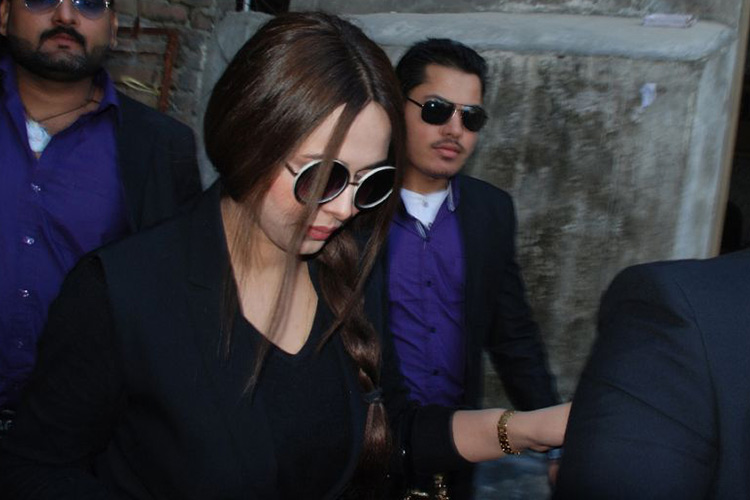 Ayyan Ali, who is indicted in a currency smuggling case, was declared a proclaimed offender by a special court. File / AFP

In an objection attached to the petition that Ali had submitted through Advocate Aftab Ahmad Bajwa, registrar said that the case cannot be fixed for hearing as she is out of Pakistan.

Ali, who is indicted in a currency smuggling case, was declared a proclaimed offender by a special court last week after she failed to appear despite multiple summons by the judge. She has not appeared before the court since 2016. The trial court also ordered confiscation of her assets.

In the petition, Ali said that she wants to appear before the trial court to prove her innocence in the case. Her lawyer said that Article 10-A of the Constitution ensures right of a transparent trial to every citizen of the land and requested the court to suspend the arrest warrants.

He added the non-appearance of the petitioner before the trial court was neither deliberate nor intentional but due to her illness.

The counsel urged the court to accept the petition and set aside the impugned orders of the trial court and allow the petitioner to submit fresh surety bonds and appear for trial.

Ali was arrested on March 14, 2015 for allegedly attempting to smuggle $506,800 in cash to a Gulf country by the Airports Security Force personnel at Benazir Bhutto International Airport in Islamabad. Her name was linked to high-profile politicians and it was alleged that she was a conduit for their money laundering operations.