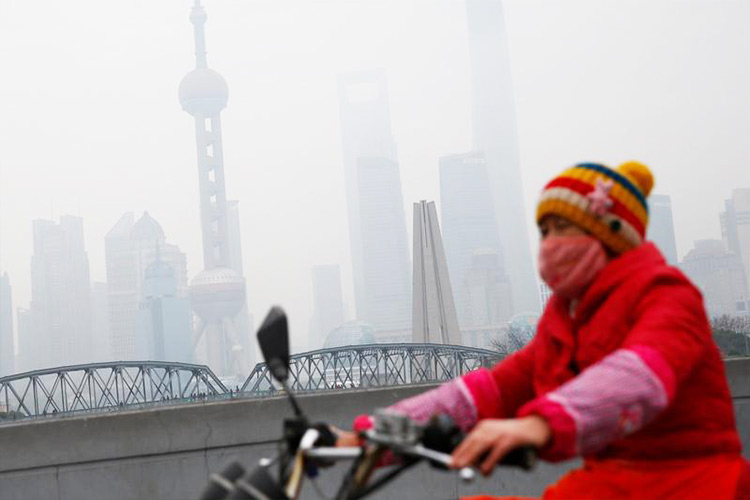 A lady rides a bike in China.

Hong Kong: Long-term exposure to harmful smog particles increases the risk of diabetes, a new study in China has shown, providing evidence for a link between the country's air pollution and the disease.

China is facing the largest diabetes problem in the world with around 11 percent of its population suffering from the metabolic illness, according to a United States study published in 2017.

Increased prosperity has brought changing diets and lifestyles, along with an air pollution crisis that the World Health Organization estimates causes over a million premature deaths every year.

The risk of diabetes rose by about 16 percent for an increase of 10 microgrammes per cubic metre in long-term PM2.5 particle exposure, researchers from Fuwai Hospital in Beijing and Emory University in the US found in a study published online by Environment International last week.

"Sustained improvement of air quality will help decrease the diabetes epidemic in China. 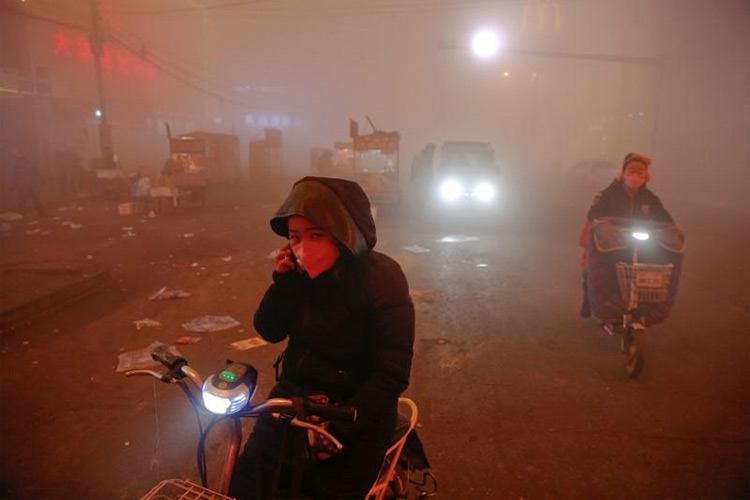 People ride around China with a face mask to protect themselves from pollution.

Researchers collected data from over 88,000 subjects across 15 provinces, estimating their exposure to PM2.5 based on satellite data from 2004 to 2015.
PM2.5 includes toxins like sulfate and black carbon, which can penetrate deep into the lungs or cardiovascular system, and have been linked to higher rates of lung cancer, chronic bronchitis and heart disease.

While similar studies in North America, Europe, Hong Kong and Taiwan have linked air pollution with diabetes, researchers say this is the largest study of its kind in mainland China.

His team adjusted for factors such as age, body mass index, smoking status, family history of diabetes and work-related physical activity levels, but did not directly factor in dietary habits and other types of pollutants.

"Due to high levels of PM2.5, different exposure pattern and population susceptibility, results from developed countries with low PM2.5 levels were not applicable in China. 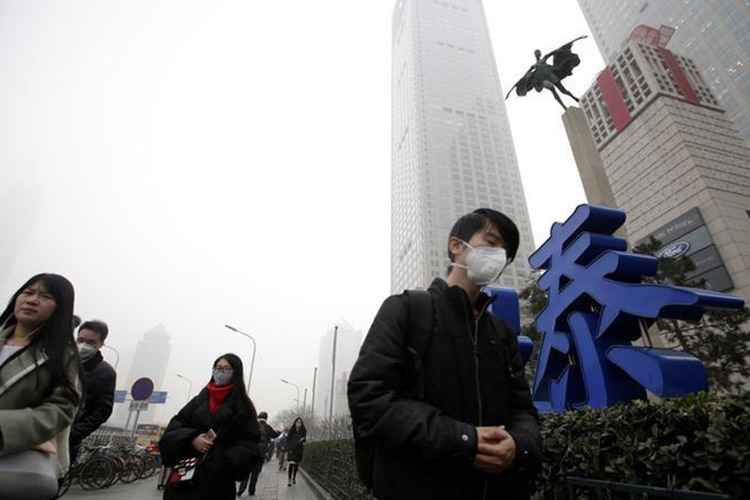 People walk around with face masks on.

Ho Kin-fai, a professor at the Chinese University in Hong Kong who studies air pollutants and is not involved in the study, told AFP the study shows air pollution is a factor in the diabetes epidemic "that we cannot ignore".

But scientists still need to find evidence showing how PM2.5 particles work in the human body to increase risk of the disease," Ho said.
Ho said the study excludes "some other factors in the environment that maybe we haven't considered ... so that's why we need to have more evidence from the biological mechanism to prove it's true."

Diabetes is a growing public health problem throughout the world, killing an estimated 1.6 million people in 2016, according to the WHO, which says the problem is increasing more rapidly in low and middle-income countries.