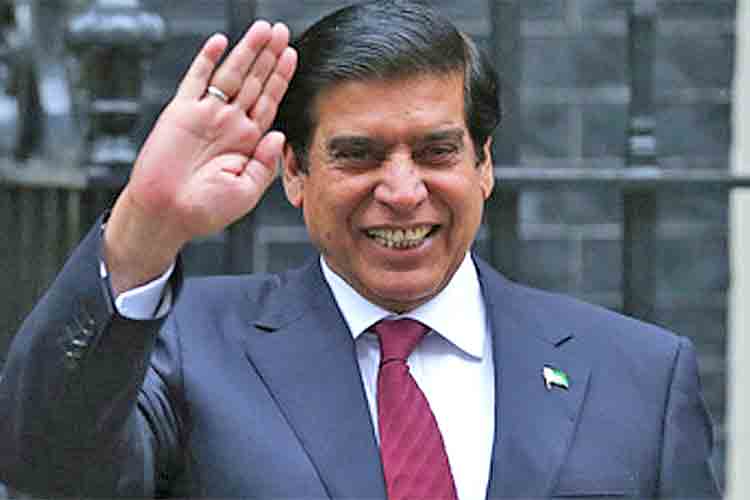 Accountability judge Mohammad Arshad Malik framed the charges of causing delay in according approval in the project that led to billions of rupees loss to the national exchequer. All the accused in the case pleaded not guilty.

Subsequently, judge Malik asked the prosecution to produce evidence to substantiate the charges. On the request of the prosecution, the court summoned first prosecution witness on March 19. The formal trial of the accused persons will start with effect from this date. The judge remarked that he will try to conclude the trial as soon as possible.

On Sept.5, last year the Rawalpindi chapter of the National Accountability Bureau (NAB) had filed a reference against seven politicians and officials contending that the project had faced a delay of two years, one month and 15 days.

The Nandipur project was approved by the Economic Co-ordination Committee on Dec.27, 2007, at a cost of $329 million. Following the approval, the contract was signed on Jan.28, 2008, between the Northern Power Generation Company Limited (NPGCL) and the Dong Fang Electric Corporation, China and two consortiums - Coface for 68.967 million euros and Sinosure for $150.151m - were set up for financing the project.

The water and power ministry sought legal opinion on the project from the law ministry in accordance with the schedule of the agreement in July 2009 but the accused repeatedly refused to do so. The ministry of water and power also failed to take any concrete steps to resolve the issue and the matter remained pending.

According to NAB, the legal opinion was issued in Nov 2011 after Awan was replaced as the law minister. During the course of investigation, it was established that the accused committed the offense(s) of corruption and corrupt practice.

Recently, the auditor general of Pakistan (AGP) detected over Rs80 billion irregularities in the Nandipur project that included over Rs17b loss due to the delay caused by the law ministry.

Awan had filed an application seeking acquittal in this case in October but withdrew the same on March 8 when the court was scheduled to announce decision on his application.

Separately, Pakistan Peoples Party co-chairman Asif Ali Zardari has objected to the transfer of the money laundering case from Karachi to Islamabad.

He did not attend the hearing of the case on Monday. However, his sister Faryal Talpul, Hussain Lawai and others were present in the court.

Zardari’s counsel, Farooq H Naik, raised the objection in court on behalf of his client. The prosecution, led by the National Accountability Bureau, responded that the case is being transferred in light of the Supreme Court’s instructions, and the NAB chairman had also approved the transfer. Hence the objections have no basis.

Naik countered the argument and said that the NAB is falsely interpreting the top court’s instruction and is trying to exert pressure on the defendants.

In December 2015, the Federal Investigation Agency (FIA) began a discreet investigation into certain bank accounts through which multi-billion rupee transactions have been made. The information regarding the fake accounts came to the fore when an intelligence agency picked up a prominent money changer in an unrelated case.

As the monitoring and investigation of these suspicious accounts continued, it surfaced that five of these accounts in two banks - the Sindh Bank and Summit Bank - had been used for transactions worth around Rs15 billion.

Investigation showed the accounts were operated by fake companies. Funds were credited into these accounts from contractors with multi-billion rupee contracts with the Sindh government.

The money was found to have been transferred to accounts of companies owned and operated by the Omni Group, whose chairperson, Anwar Majeed, is a close aide of Zardari.

The probe, however, was shelved. It resumed almost a year and a half later. FIA’s State Bank circle initiated a formal inquiry in January, 2018.

By June, the FIA had several high-profile names on its list but was unable to make headway - for several reasons. It was at his point that the Supreme Court intervened.

UAE’s Hope Probe moves closer to launch date, here is what you need to know