EC bars use of photos of forces for LS poll campaign 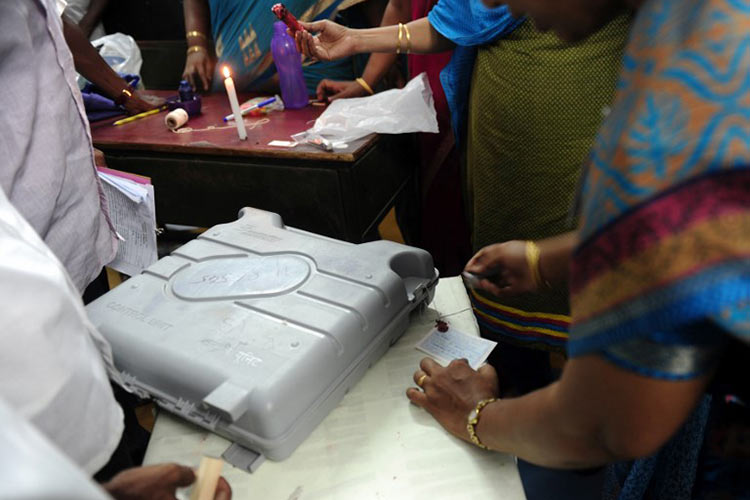 The Election Commission (EC) asked political parties to desist from displaying photographs of defence personnel in their poll campaign in view of a picture on social media showing image of Indian Air Force Wing Commander Abhinandan Varthaman in a political poster.

In a letter to political parties written, the EC referred to its December 2013 guidelines in which it had called upon all political parties to advise their candidates and leaders “to desist from displaying photographs of defence personnel or photographs of functions involving defence personnel in advertisements or as part of their election campaign.”

“The commission reiterates the instructions for strict compliance,” the letter said.

The 2013 letter referred to the defence ministry informing the poll panel about photographs of defence personnel being used by leaders and candidates of political parties and had sought instructions from the poll panel.

The commission had said it was of the view that photographs of defence personnel and of functions of defence forces should not be associated with advertisement or campaigning by political parties. Wing Commander Varthaman had shot down a Pakistan Air Force F-16 fighter aircraft on Feb.27 during an aerial engagement with Pakistan Air Force but his plane too was hit and he landed in Pakistan Occupied Kashmir. He was later released by Pakistan as a “peace gesture.”

India later attacked a site inside Pakistan it claimed was a militant training camp. That triggered aerial clashes that led to Varthaman’s capture. Pakistan released him last week as a peace gesture.

Indian Prime Minister Narendra Modi hailed his release and claimed the clashes with Pakistan were an Indian victory. Nationalistic passions in India have risen since the terror attack.

Recent social media posts showed a campaign poster on a billboard in Indian capital of New Delhi with Varthaman’s face alongside Modi’s, along with the words: “If Modi is in power, it is possible! NaMo again 2019!” NaMo is an acronym for Modi. Later on Sunday, the Election Commission is due to announce the polling schedule for the upcoming general election, which will be the world’s biggest democratic exercise.

“It is pertinent to mention that the armed forces of a nation are the guardians of its frontiers, security and the political system.

“They are apolitical and neutral stakeholders in a modern democracy. It is therefore necessary that political parties and leaders exercise great caution while making any reference to the armed forces in their political campaigns.

“ The Commission is of the view that photographs of chief of army staff or any other defence personnel and photographs of functions of defence forces should not be associated with or used in any manner in advertisement/propaganda/campaigning or in any other manner in connection with elections by political parties and candidates.”

India’s former Navy chief Admiral L. Ramdas had also written to the Election Commission expressing “concern” and “dismay” over what he sees as the misuse of the air strike in Pakistan to “influence the electorate.”

Meanwhile, Odisha chief minister Naveen Patnaik on Sunday announced that his party Biju Janata Dal (BJD) would field women candidates in at least 33% of the 21 parliamentary seats from the state in the upcoming Lok Sabha elections.

At the ‘Mission Shakti’ convention in the politically-important Kendrapara district, Patnaik made the announcement soon after the election commission said it would hold a press conference, apparently to announce Lok Sabha election schedule. He was however silent on extending the same to the 147 assembly seats in the state, where BJD is up against a resurgent BJP that is eyeing at least 7-8 Lok Sabha seats, up from the one it had in 2014 elections.