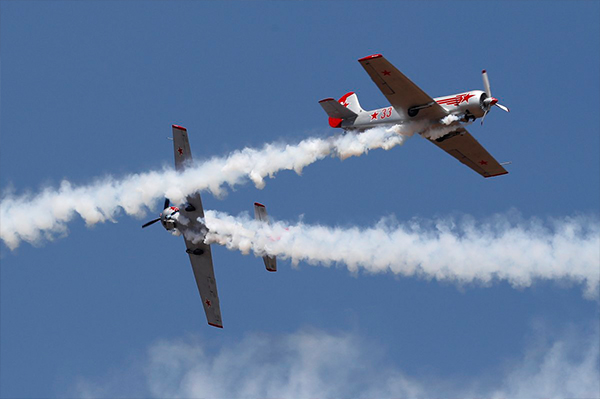 BENGALURU: Two Surya Kiran aircraft crashed after a mid-air collision while rehearsing near the Yelahanka airbase here on Tuesday. The airbase is where the 'Aero India 2019' air show begins on Wednesday.

Police said one of the pilots was suspected to have died.

The crash occurred on the outskirts of the air base in an open field.