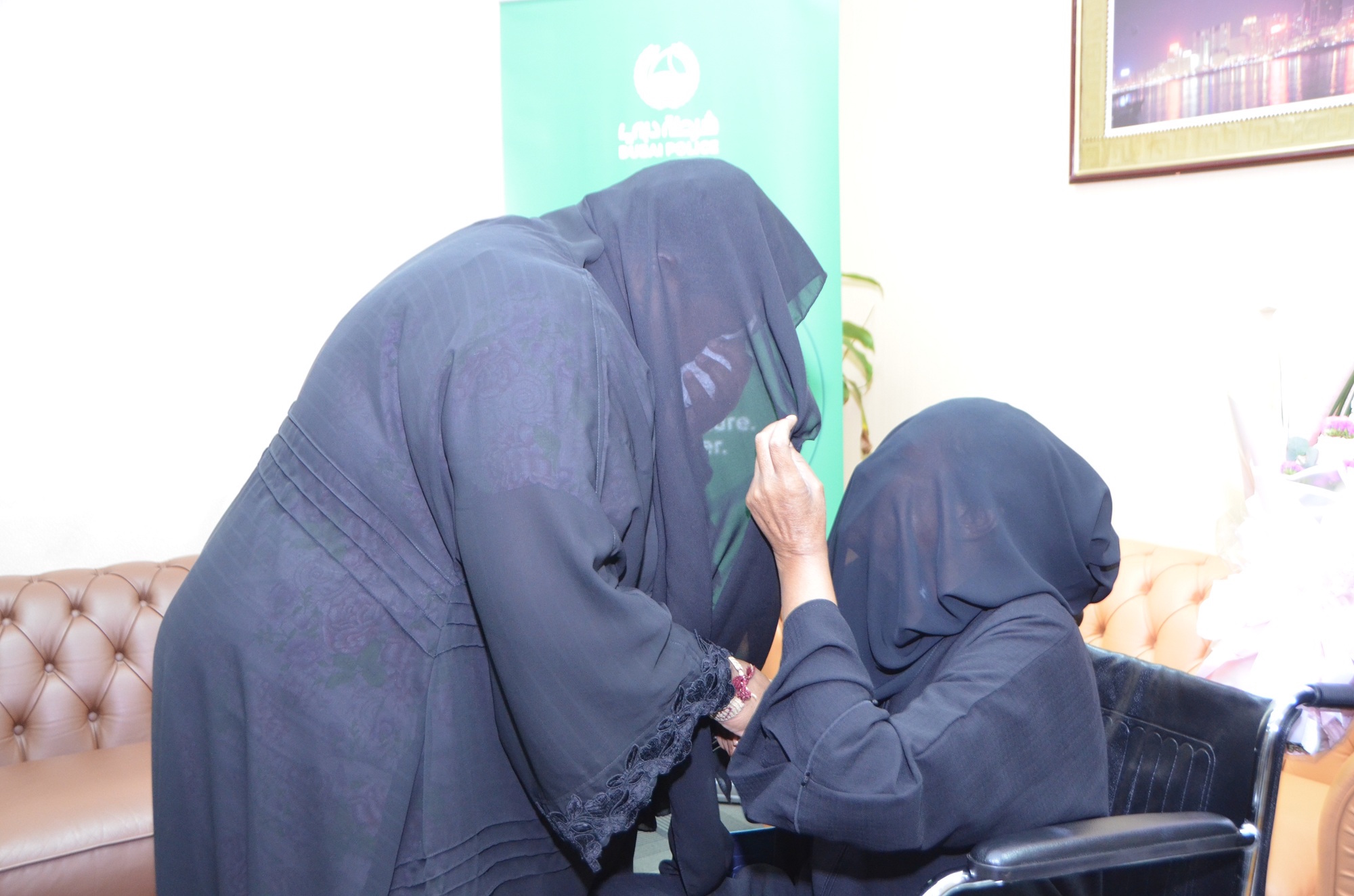 The lady met with her elderly mother, who is battling with a disease, and her family comprising five children plus sisters and cousins.

DUBAI: The General Command of Dubai Police, represented by the General Department of Punitive and Correctional institutions fulfilled an inmate’s dream to meet her mother and children, a senior officer revealed on Friday.

The female Emirati inmate is serving a 10-year jail term. The Police made her meet with her mother and children after a separation of more than three years.

This happened in an atmosphere of exceptional mixed feelings of longing with tears of joy, lived by the inmate convicted of assault.

She met with her elderly mother, who is battling with a disease, and her family comprising five children plus sisters and cousins.

They met together, forgetting the worries of distance and separation. This is the first initiative undertaken by the department in the Year of Tolerance.

The prison administration, headed by Brigadier General Marwan Abdulkarim Julfar, Deputy Director of the General Department of Punitive and Correctional institutions at Dubai Police, received the family with a warm welcome.

The prison administration is keen to alleviate the suffering of all inmates and strive to spread the values of tolerance inherent in our faith, customs and traditions, and the vision and aspirations of our wise leadership, which is in line with the initiative of tolerance.

The General Department of Punitive and Correctional institutions would continue their humanitarian efforts and initiatives in the Year of Tolerance, aimed at reuniting and harmonising families, he said.

He stressed, “Any given inmate’s family in general is a victim without guilt thus the prison administration is working to alleviate the suffering of families by introducing innovative initiatives.”

This contributes to the happiness of members of the entire community and the rehabilitation of inmates through vocational and educational training courses for them to start a new life after serving their sentence.

For her part, the mother of the inmate expressed her happiness to see her daughter after a long absence that saw her (the mother) forced to undertake the care of her five grandchildren in her home.

Because of the mother’s extreme grief and pain over her daughter’s condition, her health deteriorated.

Two years ago, she discovered she was stricken with spinal cancer and she has become incapacitated.

The inmate expressed her thanks and appreciation to the prison administration on grounds of her strong desire to see her mother, whom she has not seen since the time she was sent to prison.

She also expressed her happiness to see her children, sisters and cousins close by and chat with them in a family atmosphere that was both warm and affectionate.