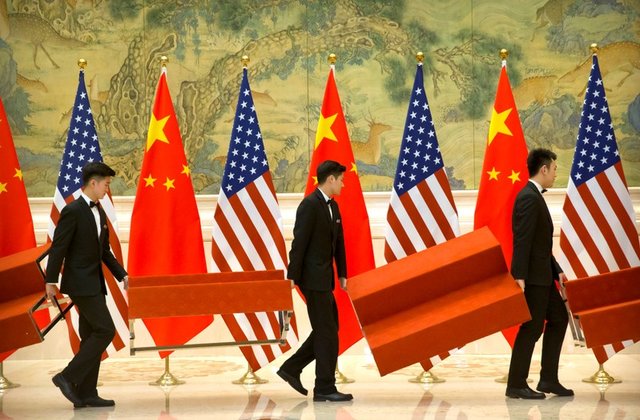 SHANGHAI: Chinese state media on Saturday expressed cautious optimism over trade talks between the United States and China, a day after President Xi Jinping said a week of discussions had produced “step-by-step” progress.

Xi made the comments at a meeting on Friday with US Trade Representative Robert Lighthizer and Treasury Secretary Steven Mnuchin in Beijing, after a week of senior- and deputy-level talks.

The People’s Daily, the official paper of the ruling Communist Party, said in a commentary that Xi’s meeting with US negotiators had affirmed progress made in previous talks and “injected new impetus into the next stage of the development of Sino-US trade relations.”

The talks “have made important progress” for the next round of negotiations in Washington next week, the paper said in its domestic edition.

“It is hoped that the two sides will maintain the good momentum of the current consultations and strive to reach an agreement within the set time limit,” it said.

US duties on $200 billion in imports from China are set to rise to 25 per cent from 10 per cent if there is no deal by March 1 to address US demands that China curb forced technology transfers and better enforce intellectual property rights.

In its overseas edition, the People’s Daily said “zero-sum thinking and games where you lose and I win can only create losses for both. Only on a basis of mutual respect and equal treatment, through dialogue and consultation, can we find a solution acceptable to both sides.”

An English-language editorial in the Global Times, which is published by the People’s Daily, said news that China had consulted on the text of a memorandum of understanding “shows the two sides have made unprecedented progress.”

“The MOU and next week’s talks both show that the seemingly endless China-US trade negotiations, like a marathon, are making a final sprint,” it said.

The newspapers cautioned that any agreement would have to be in the interests of both the United States and China.

“There are still obstacles to be overcome, and no one should underestimate how daunting a task the two sides face trying to resolve all the differences that have long existed between them in one clean sweep,” the official English-language China Daily said in an editorial.