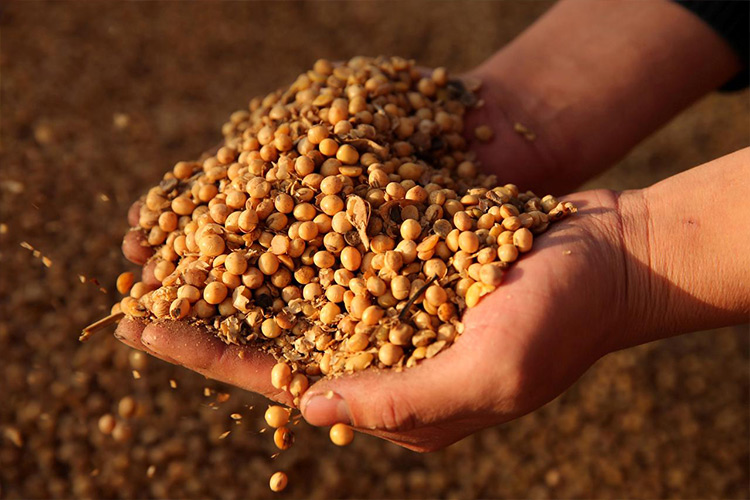 NEW YORK: Somewhere in the Midwest, a restaurant is frying foods with oil made from gene-edited soybeans. That's according to the company making the oil, which says it's the first commercial use of a gene-edited food in the U.S.

Calyxt said it can't reveal its first customer for competitive reasons, but CEO Jim Blome said the oil is "in use and being eaten."

The Minnesota-based company is hoping the announcement will encourage the food industry's interest in the oil, which it says has no trans fats and a longer shelf life than other soybean oils. Whether demand builds remains to be seen, but the oil's transition into the food supply signals gene editing's potential to alter foods without the controversy of conventional GMOs, or genetically modified organisms.

Among the other gene-edited crops being explored: Mushrooms that don't brown, wheat with more fiber, better-producing tomatoes, herbicide-tolerant canola and rice that doesn't absorb soil pollution as it grows.

Unlike conventional GMOs, which are made by injecting DNA from other organisms, gene editing lets scientists alter traits by snipping out or adding specific genes in a lab. Startups including Calyxt say their crops do not qualify as GMOs because what they're doing could theoretically be achieved with traditional crossbreeding.

"They've been spurred on by the regulatory decisions by this administration," said Greg Jaffe of the Center for Science in the Public Interest, a health watchdog group.

But given the many ways gene editing can be used, Jaydee Hanson of the Center for Food Safety said regulators should consider the potential implications of each new crop. He cited the example of produce gene-edited to not brown.

"You've designed it to sit around longer. Are there problems with that?" he said.

Though regulators say GMOs are safe, health and environmental worries have persisted, and companies will soon have to disclose when products have "bioengineered" ingredients. 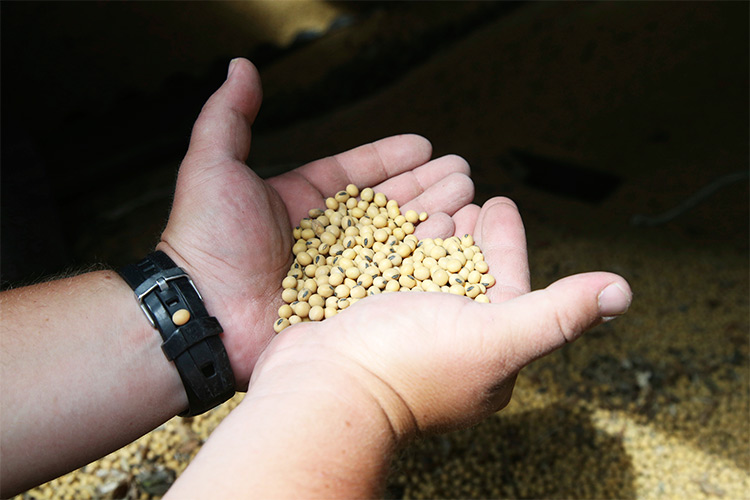 A farmer holds soybeans from the previous season's crop at his farm in southern Minnesota.

Calyxt says its oil does not qualify as a GMO. The oil is made from soybeans with two inactivated genes to produce more heart-healthy fats and no trans fats. The company says the oil also has a longer shelf life, which could reduce costs for food makers or result in longer-lasting products.

Soybean oils took a hit when regulators moved to ban oils with trans fats. Other trans fat-free soybean oils have become available in the years since, but the industry has found it difficult to win back food makers that already switched to different oils, said John Motter, former chair of the United Soybean Board.

Calyxt said the first customer is a company in the Midwest with multiple restaurant and foodservice locations, such as building cafeterias. It said the customer is using it in dressings and sauces and for frying, but didn't specify if the oil's benefits are being communicated to diners.

Calyxt is working on other gene-edited crops that it says are faster to develop than conventional GMOs, which require regulatory studies. But Tom Adams, CEO of biotech company Pairwise, said oversight of gene-edited foods could become stricter if public attitude changes.

Views on gene-editing vary too. The National Organic Standards Board said foods made with gene editing cannot qualify as organic . And last year, Europe's highest court said gene-edited foods should be subject to the same rules as conventional GMOs.