Why do some parents leave their children behind in hot cars? - GulfToday

Why do some parents leave their children behind in hot cars? 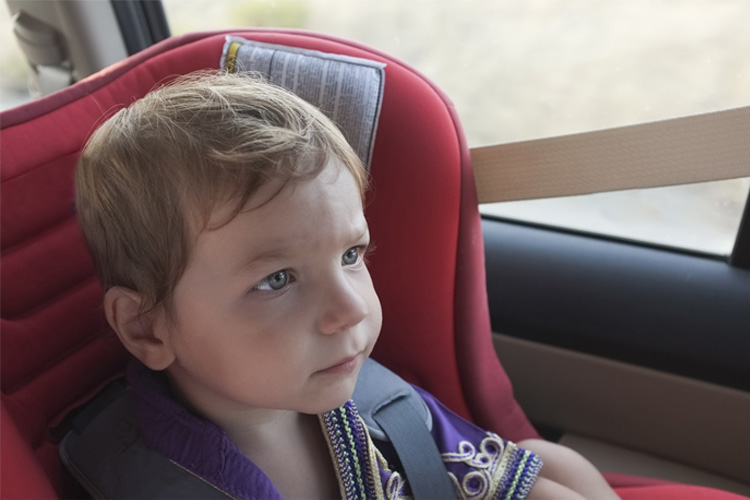 It’s a news story that conjures horror and disbelief: a child left behind in a hot car, sometimes with fatal consequences. How could any parent, any caregiver, commit such a grievous oversight? How could someone forget a child?

The answer is in the complex ways that the human brain works, according to a new study.

And its author — psychology professor David Diamond, who has studied the phenomenon for more than a decade and testified in court as an expert witness — is calling for manufacturer safeguards to avert other tragedies.

The problem centres on the failure of prospective memory — the process by which the brain remembers to do something in the future, according to Diamond’s study. A benign example of failed prospective memory would be forgetting to stop at a store to buy a dinner ingredient on the way home from work.

Far more serious examples include surgeons who forget to make sure no sponges are left in a patient, or a police officer who leaves a loaded weapon in a public restroom.

Leaving a child behind in a motor vehicle involves several processes in the brain, Diamond writes.

In his study article, Diamond describes how the frontal and parietal cortices of the brain allow us to use stored information to make a plan and then carry out that plan in the future — routine cognitive activities we engage in many times a day.

The hippocampus, another region of the brain, is critical for allowing us to remember to retrieve a memory, including that a particular task has been completed. The basal ganglia, in turn, permits us to go into what Diamond refers to as “autopilot” mode — habitual behaviour familiar to many busy parents and caretakers of young children.

However, many factors can interfere with these processes, including stress, interruptions, multitasking, and sleep deprivation, all of which also are common to most parents. According to Diamond, a lack of visual or verbal reminders, like a diaper bag left out of sight in the trunk, or a silent, sleeping child rather than a cooing or babbling one, may increase the chances that a youngster could be forgotten in the backseat of a car.

Front airbags are now routine in cars, so children’s car seats are placed in the backseat, also making them less visible to drivers.

In addition, during the prospective memory process, the hippocampus needs to be reactivated at the right time, often by a reminder cue or activity, in order for the memory process to be successful. Otherwise, “awareness of the intention may be lost,” according to the study.

Diamond’s study also looked at the role of false memories in cases of children left in cars. In those cases, the brain may create a false memory, perhaps based on a habitual activity. So if a child usually is at day care, the parent may forget that on this day, he or she actually picked up the baby early.

According to the study, about 400 children in the US suffered heatstroke from being forgotten in hot cars as a result of prospective memory failure in the last 20 years. More than 50 children died in hot cars in 2018, according to kidsandcars.org, a national child safety nonprofit founded by Bala Cynwyd resident Janette Fennell.

However, as horrible as the outcomes can be, he wrote, sometimes “when a child dies of heatstroke in a hot car, it is a public-health issue and a tragedy, but it is not a crime.”

Additional safeguards, such as safety features for new cars, need to be considered, he said.