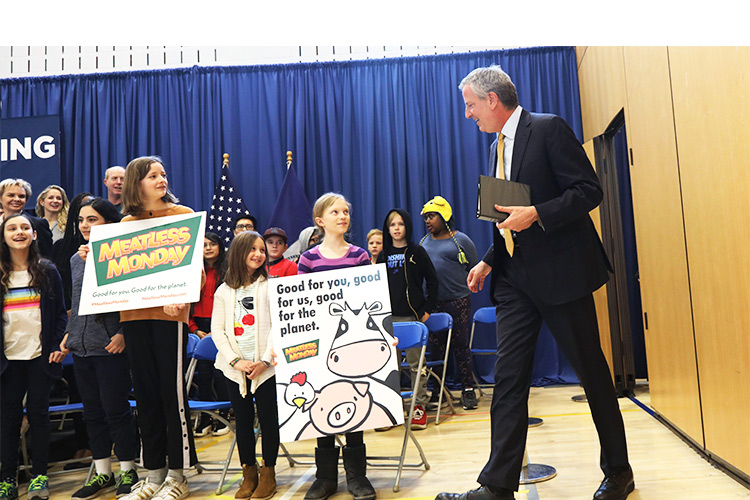 The program, which began in 15 Brooklyn schools almost a year ago with vegetarian breakfasts and lunches on Mondays, will be extended to the whole massive school system.

"Reducing our appetite for meat is one of the single biggest ways individuals can reduce their environmental impact on our planet, 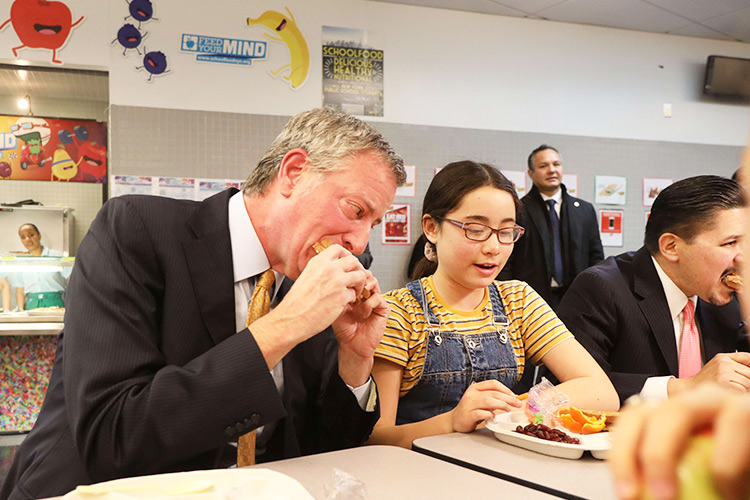 Mayor de Blasio and Schools Chancellor Carranza will begin having all public school serve an all vegetarian menus.

Hundreds of public schools in San Francisco and other California jurisdictions have already offered their students a "meatless Monday."

"For those who scoff at this notion, I have some simple advice: look at the science. Look at the data. Look at the childhood obesity. Look at pre-diabetes diagnoses. Look at the fact that 65 percent of American kids age 12-14 shows signs of early cholesterol disease," said Staten Island Borough President James Oddo.

"Then, perhaps you will embrace the fact that we can't keep doing things the same way, including welcoming the idea of Meatless Mondays," Oddo said.