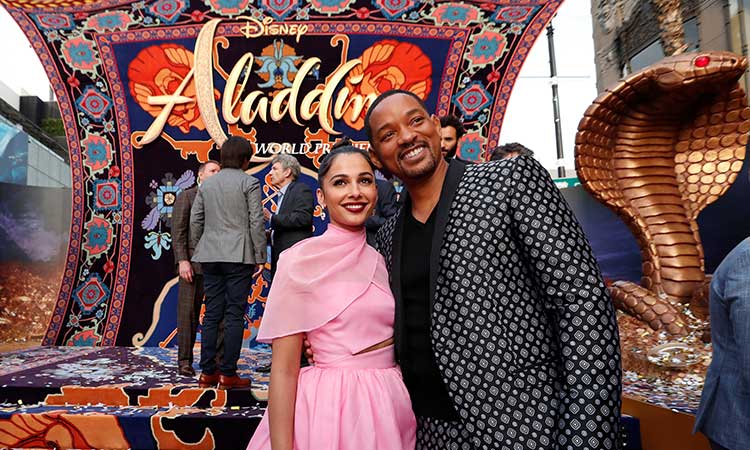 Naomi Scott and Will Smith attend the premiere of "aladdin" at El Capitan theatre in Los Angeles. Reuters

Live action film "Aladdin" has minted an estimated $109 million in its four-day opening weekend in the US.

The Disney musical fantasy, which released in time for Memorial Day, stars Will Smith and Mena Massou.

Guy Ritchie directed the remake, with Smith taking on the role of Robin Williams' Genie and Massoud portraying the titular hero