‘The Ash Family’ by Molly Dektar 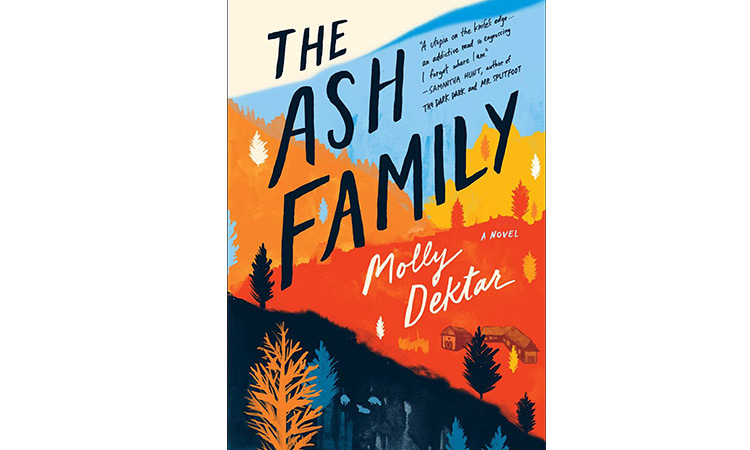 Molly Dektar’s creepy, brilliant debut novel, “The Ash Family,” has not a whiff of the supernatural about it. Yet it is a top-notch horror story, made even more unsettling by the fact that nothing about what it unravels is particularly far-fetched.

It’s set in a natural paradise — the remote, pristine mountains of Dektar’s native North Carolina. Berie, a 19-year-old from Durham, N.C., is listlessly headed for college when she instead climbs into the car of a handsome stranger named Bay and agrees to check out his commune.

The Ash Family Farm proves to be a picturesque, off-the-grid place where attractive but rank-smelling young people (they abhor the water-polluting detergent industry) sing shape-note melodies and cheerfully share chores and bounty. The commune’s leader, a charismatic middle-aged man named Dice, dispenses orders and wisdom in what at first seems to be a mild, mystical fashion.

Berie, swiftly renamed Harmony, settles in, feeling her yearning “for a more essential life one more connected to wild nature” satisfied. But it’s soon clear — to us, at least — that the pure and peaceful existence that the Ash Family boasts of is anything but.

Family members laugh at strange pronouncements from Dice that make no sense to Harmony. She soon understands that his most urgent mantra is “There is no definite self.” Reading is banned. A commune member casually kills a wild heron for food and Harmony finds herself eating of the “dead blue angel.” Parts of the farm, including something bluntly called “the bone room,” are off-limits.

Some of Harmony’s new friends disappear. She comes to realize that Bay is a recruiter for the farm, as well as a henchman unafraid to steal, perhaps even to kill. Dice begins planning acts of violence that he says are justified because they will protect the mountains from habitat-destroying development and pollution.

The plot may feel predictable to anyone who has read about real-life communes and cults gone rogue. Yet Dektar’s story remains gripping because it’s never clear how deeply Harmony has been drawn into this dangerous, obsessive world.

Has she been entirely brainwashed, or will she step back and find the wherewithal to escape?

Beyond its harrowing story, “The Ash Family” explores some profound questions. The book is at its best when describing the verdant natural world from which the farm rises like a boil.

Nature itself is benign at worst, but human nature is far more complex, and no amount of purifying rituals and philosophical claptrap can dull the evil that some men do, even when they claim to be serving a greater good.