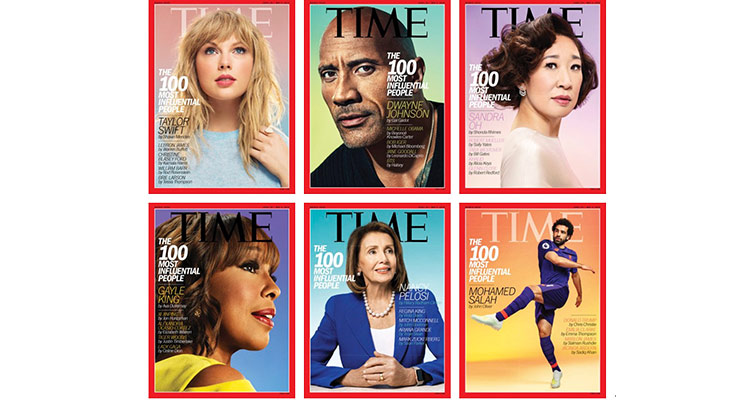 Taylor Swift and Dwayne Johnson are among Time magazine's 100 most influential people of 2019. TNS

NEW YORK: Time magazine’s 2019 list of the 100 most influential people debuted Wednesday and was dominated by celebrities and celebrity tributes.

As usual, a famous friend or admirer of an honouree is enlisted to write a tribute. That list was just as impressive and full of even more celebrities.

“Our annual Time 100 issue is filled with tributes from teachers to students; in many cases, the surprise is who is playing which role today.

“We all have teachers, some we know intimately, others who inspire from the page or the screen.

This holds true even for the most accomplished people on earth,” Time Editor in Chief Edward Felsenthal said in a statement. “Our annual Time 100 issue is filled with tributes from teachers to students; in many cases, the surprise is who is playing which role today.”

Kamala Harris wrote one on Christine Blasey Ford. Supreme Court Justice Brett Kavanaugh, whom Ford accused of sexual assault, was also among the 100, and the essay on him was written by Senate Majority Leader (and fellow honouree) Mitch McConnell.

Not surprisingly, entertainment figures dominated the artists category, which drew a sweet parallel for “Game of Thrones” actors Emilia Clarke and Richard Madden. Their essays were written by fellow Brits Emma Thompson and Kenneth Branagh, that latter of whom were married and have co-starred in at least six projects. And singer Halsey wrote her missive for K-pop sensation BTS, with whom she recently collaborated on “Boy With Luv.”