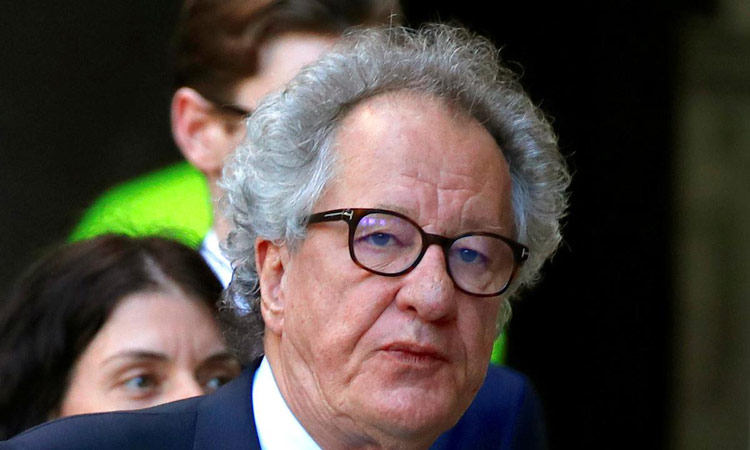 Oscar-winner Geoffrey Rush on Thursday won initial damages of A$850,000 ($609,000) after a court ruled that the Australian arm of News Corp defamed him by saying he behaved inappropriately toward a co-star in a production of King Lear.

The Federal Court, which found News Corp’s Nationwide arm and reporter Jonathon Moran’s articles in the Daily Telegraph had failed to prove their allegations were true, will determine further damages later.

“This was in all the circumstances a recklessly irresponsible piece of sensationalist journalism of the worst kind, the very worst kind,” Judge Michael Wigney said in a decision read to a packed courtroom in Sydney.

Rush, 67, and a star of Australian theatre, sued News Corp’s Sydney tabloid over a series of articles that said he was the subject of a complaint to the Sydney Theatre Company regarding the 2015 King Lear production.

Under the headline “KING LEER,” and in later articles, the paper said the actor, in the title role, had been accused by a co-star of unspecified inappropriate conduct.

Rush, who won the Best Actor Oscar in 1997 for “Shine” and has since appeared in the “Pirates of the Caribbean” films, said the stories implied he was a major pervert, or guilty of major depravity, and his lawyer sought “very substantial” damages.

“There are no winners in this case,” Rush told reporters outside the court. “It’s been extremely distressing for everyone involved.”

He thanked his wife and children for their support “during this harrowing time.”