‘Nancy Drew’ gets a bolt of fresh energy from Sophia Lillis 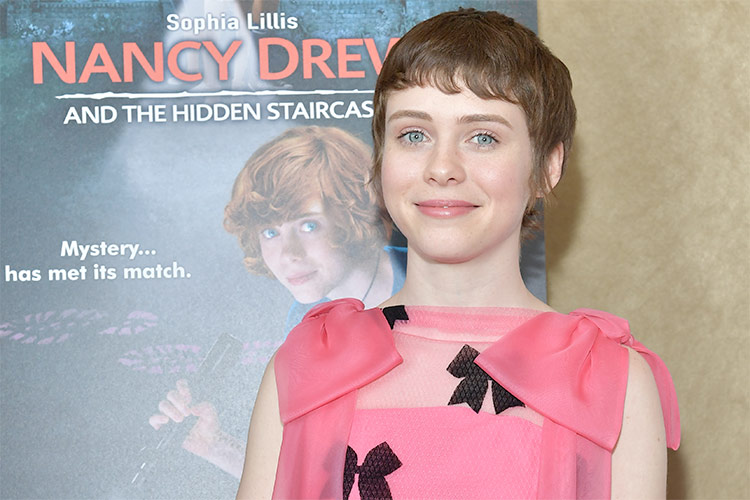 Various television and film adaptations of the tales of sleuth Nancy Drew — a character introduced in 1930 to young readers as a counterpart to the Hardy Boys — have been produced since 1938. Recent offerings have featured Pamela Sue Martin, Emma Roberts, Tracy Ryan and Maggie Lawson in the title role. Each of those performers brought their own vision of the crime-solving teen.

Now, it’s Sophia Lillis who has stepped into the gumshoe’s shoes. Best known for her work in “It,” she stars in “Nancy Drew and the Hidden Staircase,” based on the second book in the mystery series. Following the death of his wife, Carson Drew (Sam Trammell) moves with his daughter (Lillis) from the excitement of Chicago to a peaceful existence in the small city of River Heights.

With Nancy, excitement can be found anywhere. When she learns that a local woman (Linda Lavin) is dealing with ghosts in her house, Nancy must find the logical reason behind floating lights, mysterious creatures and a house that comes to life to save the day. Help comes from her two new friends (Mackenzie Graham, Zoe Renee) and her new frenemy, Helen (Laura Slade Wiggins).

It’s time to look at the clues and decide if this latest incarnation of Nancy Drew is a worthy addition to the character’s long screen legacy.

Let’s start with Nancy Drew herself. In all the other incarnations, Drew has been played with a massive curiosity spurred on by her spunky nature. Her age has wavered over the years, but in this case Nancy is 16.

Lillis brings the same level of curiosity, and she’s definitely not short of spunk. What makes this Nancy a little different is there seems to be a little more of a tomboy element. Nancy is 16 but doesn’t have her driver’s license, and her chief method of travel is a skateboard. She doesn’t mind bending the law if it helps her quest for the truth.

All this is presented by Lillis with an unbridled energy that makes the character easy to like. She finds just the right amount of rebel to make Nancy tough and strong but never to the point where she comes across as being disrespectful. Director Katt Shea (“The Rage: Carrie 2”) pushes Lillis to play the role with almost a mischievous quality that works well.

Nancy’s not perfect and spends a lot of time dealing with local law, but the antihero approach ends up making her a strong role model as she is brave, smart and funny even in the face of serious danger.

Where “Nancy Drew and the Hidden Staircase” has its problems is with the writing. The script by Nina Fiore (“The Handmaid’s Tale”) and John Herrera (“Alphas”) incorporates many of the elements from the original book, including a key plot point built around a railroad. The problems pop up with shortcuts taken or plot points written around that make no sense.