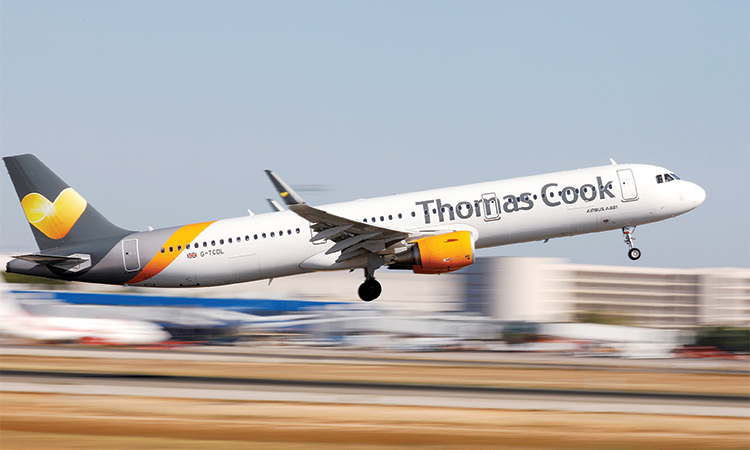 Travel group Thomas Cook issued its third profit warning in less than a year on Thursday, saying consumer uncertainty would hurt its performance during the peak summer sending, sending shares plummeting 20 per cent to a 6-1/2 year low.

Thomas Cook said it had received multiple bids for its airline unit, but this was overshadowed by what Chief Executive Peter Fankhauser called a “difficult trading environment”.

“There is little doubt that weaker consumer confidence continues to have an impact,” he told reporters.

“With a lot of holidays left to sell across the market, there are high levels of discounting at this early stage of the season. This is putting further pressure on margins.”

Shares fell as much as 22.7 per cent in early deals to their lowest level since November 2012, taking the value of the company below 300 million pounds ($385 million).

The oldest travel company in the world stumbled badly last year when a heatwave in northern Europe deterred holiday makers from booking lucrative last minute deals, leading to two major profit warnings and talk of a need to raise funds.

The company said it made an underlying loss before interest and tax of 245 million pounds ($315 million) in the six months to March 31, compared with a loss of 65 million pounds in the same period a year earlier. Thomas Cook also took an impairment charge of 1.1 billion pounds relating to a 2007 merger with MyTravel.

It warned that second-half underlying earnings before interest and tax would be below the same period last year and added it had agreed a 300 million pound bank facility to provide more liquidity for the 2019/20 Winter season.