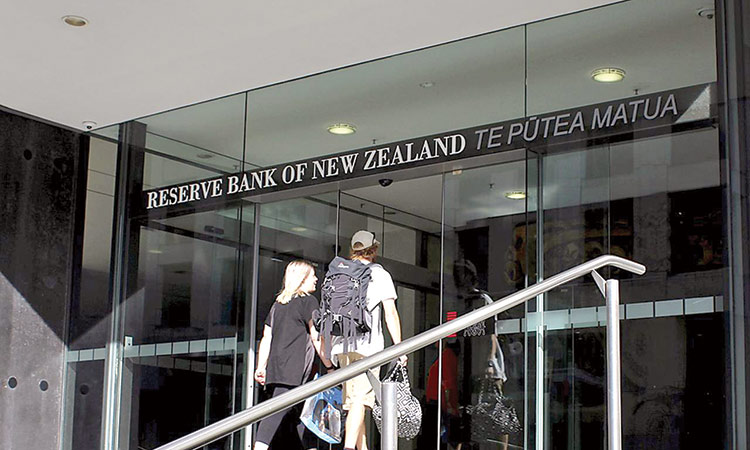 Wellington: New Zealand’s central bank unexpectedly said its next move in interest rates was more likely to be a cut, abandoning its neutral stance at a policy review on Wednesday and knocking the currency down sharply to two-week lows.

The Reserve Bank of New Zealand (RBNZ) held the benchmark rate at a record low 1.75 per cent, as expected, though the shift to explicitly favour a cut stunned investors as its projections last month showed the cash rate increasing in early 2021.

“We now expect a 25 basis point rate cut in May, followed by another cut in August - largely depending on the performance of the currency,” said Kiwibank senior economist Jeremy Couchman, who had previously expected steady rates well into 2021.

The New Zealand dollar tumbled from above $0.69 before the policy decision to two-week lows just under $0.68, a move the central bank would welcome as it pointed to currency strength as a factor in its shift in bias.

“Given the weaker global economic outlook and reduced momentum in domestic spending, the more likely direction of our next OCR move is down,” RBNZ Governor Adrian Orr said in a statement.

The decision to hold rates steady was in line with the unanimous view in a Reuters poll. That poll also showed economists had removed expectations of a rate rise this year.

At its February policy review, the RBNZ had said it expected to keep the cash rate steady through 2020 and the direction of the next move could be up or down.

“The balance of risks to this outlook has shifted to the downside. The risk of a more pronounced global downturn has increased and low business sentiment continues to weigh on domestic spending,” Orr said.

On the upside, if firms were more able to pass on cost increases, inflation could rise faster than expected, he said.

“We were very surprised by this change of stance, because the economic situation has not changed much since the RBNZ’s last missive in February,” Westpac chief economist Dominick Stephens said.

“Perhaps the main reason for the change of stance was the actions of other central banks.”

Since the RBNZ’s previous decision in mid-February, the US Federal Reserve has abandoned projections for interest rate rises this year, and markets have been unsettled by movements in US bond yields that have in the past signalled the risk of recession.

Orr noted the global economic outlook continued to weaken, particularly for some key trading partners including Australia, Europe and China, and said that had prompted central banks to ease their expected policy stances which in turn had put upward pressure on the New Zealand dollar.

Figures out last week showed the New Zealand economy grew 0.6 per cent in the December quarter, picking up from growth of 0.3 per cent in the previous quarter. It was slightly below the RBNZ’s expectation of 0.7 per cent growth.

A concern for policymakers has been the decline in business confidence, which has dogged the centre-left Labour-led government since it took office in late 2017.

An ANZ Bank survey showed business sentiment worsened in February from the end of 2018, with a net 30.9 per cent of respondents expecting the economy to deteriorate over the year ahead. Confidence had hit a decade-low last August.

Wednesday’s RBNZ policy review was the last under the current structure where the governor has the sole power on interest rate decisions.

From April, policy decisions will be taken by a monetary policy committee (MPC). The first MPC will have four internal members and three external members, with Orr as chair.

The remit for the MPC will remain the same as the RBNZ’s current goals of keeping inflation between 1-3 per cent over the medium term, with a focus on keeping it near the mid-point, and supporting maximum sustainable employment.

Bank governor Adrian Orr on Wednesday afternoon announced - as expected - the official cash rate would stay at a record low 1.75 per cent, where it has sat since late 2016. But in a clear change of language, he said the next shift was now more likely to be a cut.

“Given the weaker global economic outlook and reduced momentum in domestic spending, the more likely direction of our next OCR move is down,” Orr said in a statement.

“The global economic outlook has continued to weaken, in particular amongst some of our key trading partners including Australia, Europe, and China.”

Orr on Wednesday noted domestic growth had slowed down in 2018, driven partly by softness in the housing market and weak business investment.