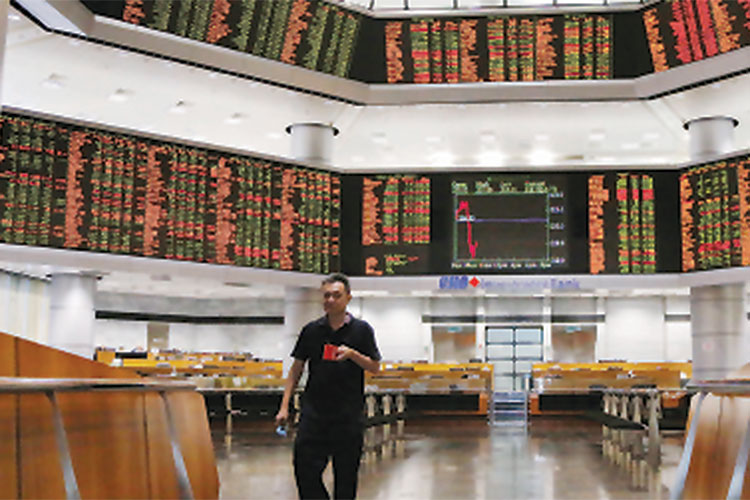 An investor at a stock market gallery in Kuala Lumpur, Malaysia. Associated Press

LONDON: Emerging equities markets have soared this year as investor sentiment towards them rebounds, but for some the enthusiasm is being tempered by worries about surging bad loans at many banks.

Non-performing loans have shot up to a global high of close to 10 per cent of gross credit exposures in India, and they are expected to edge up this year in China, Mexico, Indonesia, Malaysia, Russia, Turkey and Argentina, say analysts.

A gloomy outlook on the final two issued by Standard & Poor’s undercuts the assumption that fallout from currency crises last year in both countries was already priced in.

As well as holding back financial sector growth and national economies, hefty levels of soured debt pose a particular risk for foreign investors, who have long favoured retail lenders as picks for getting exposure to rising middle classes in emerging markets.

But such activity is vulnerable to swings in the credit cycle, and some fund managers are growing more cautious.

There have been signs of policy softening by some emerging market central banks, and some commercial lenders have been cutting foreign exchange exposure and slashing risk on their balance sheet.

But broad financial conditions are tighter at the start of 2019 than they were a year ago after several interest rate rises in the United States and concerns about weaker global growth.