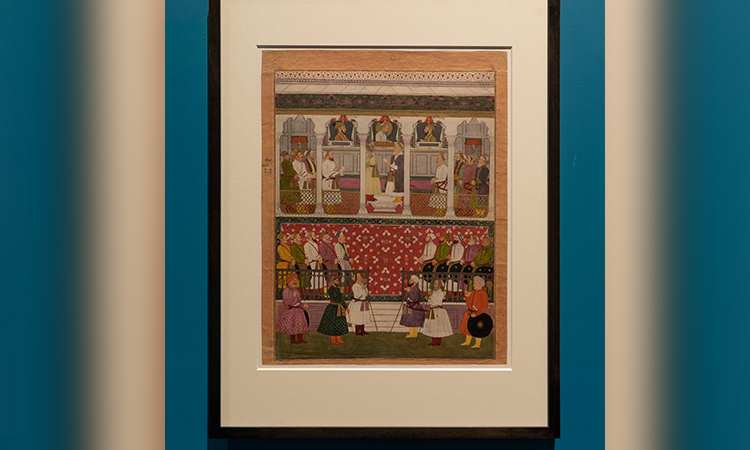 The Louvre Abu Dhabi exhibition underlines the presence of historical and mythological narratives in Indian films.

Organised in partnership with Musee du quai Branly – Jacques Chirac and France Museums, the exhibition showcases the depth and richness of the Indian sub-continent’s art and civilisation through its long tradition of image making, and the rich diversity of the Indian filmmaking industry.

Manuel Rabate, Director, Louvre Abu Dhabi, in his remarks said that “Bollywood Superstars demonstrates our enduring commitment to showcase the wealth of cultures that define so much of life in the United Arab Emirates. Our staff and partners have worked tirelessly to present together the most ambitious collection of artworks with movie projection which are at the heart of Indian society and popular culture. We hope that, by offering a glimpse into the subcontinent’s rich and diverse filmmaking history, visitors can better understand the myriad of our shared roots, common values and cultural connections.”

Rousseau and Kessous, said: “This exhibition is a tribute to Bollywood and can be enjoyed by both Indian cinema fans and the wider public. We hope that it portrays the full richness of Asian traditions and tells the stories that led to the birth of this cinema. The exhibition celebrates Bollywood superstars who are adored by their fans in India in a way that is rarely seen elsewhere in the world.” 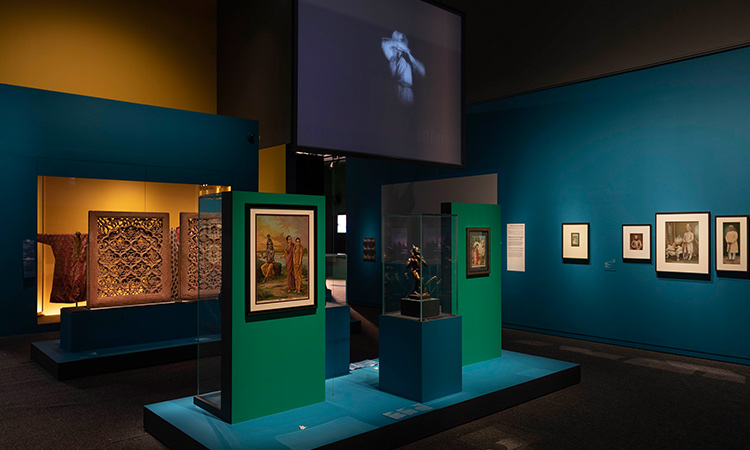 The exhibition displays the influence of religion and mythology on Indian cinema.

As the world’s leading film producer, India currently produces more than 1,500 films a year in about 20 languages, which are exported throughout Asia, the Middle East and Africa. Indian pioneers utilised nascent image technologies such as lithograph and photography, beginning the journey from the birth of the first films to grand musical features.

Visitors will gain a deeper understanding of the international success of Bollywood and an appreciation of the diversity of Indian cinematography through the displays that span the history of Indian cinema from storytelling, dance, and pre-cinema, to the influence of religion and mythology and the rise of Bollywood superstars.

Dr. Noujaim said that “Bollywood is more than just a film industry; it’s a cultural phenomenon that has captivated audiences around the world. This exhibition offers a unique glimpse into the long and wondrous history and development of Bollywood and the Indian cinema, and underlines the continued presence of the great mythological and literary narratives in Indian culture.

“Bollywood Superstars is a special exhibition that complements our collections and aligns with our curatorial approach and we hope that it provides our visitors with a better understanding of our shared roots, common values and cultural connections.” 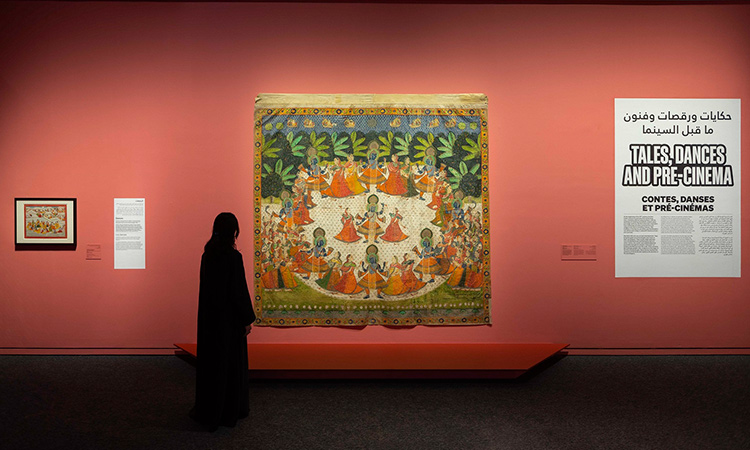 “The exhibition stands out for the quality and originality of its content. Dedicated to promoting the richness of the arts and cultures of all continents, the Musee du quai Branly – Jacques Chirac is honoured to be associated with Louvre Abu Dhabi.”

Through more than 80 artworks including photographs, textiles, graphic arts, costumes and over 30 film extracts, the exhibition explores the rich history of the Indian cinema from its beginnings in the late 19th century up to the present. The artworks come from the collections of Louvre Abu Dhabi, Musee du quai Branly – Jacques Chirac, Musee de l’Armee, Musee national des arts asiatiques – Guimet, the al-Sabah Collection, Raja Ravi Varma Heritage Foundation and Priya Paul Collection.

Accompanying the exhibition is a cultural programme for the public, including a talk led by the exhibition’s curators (Jan. 24) along with the screening of six iconic Bollywood films during March. The Secret Soiree returns with a new larger scale edition - Secret Soiree: Mumbai Nights 2 - allowing guests to immerse themselves in the world of Bollywood.

A range of educational programmes are also available for visitors of all ages. They include an Express Tour of the exhibition; Make and Play activities where families can explore different kinds of storytelling techniques inspired by Bollywood film posters; and a Young Visitor’s Guide, offering young ones the opportunity to learn about Indian cinema.

Bollywood Superstars is supported by PureHealth, as Louvre Abu Dhabi’s exhibition season partner. Following its display at Louvre Abu Dhabi, the exhibition will be reinterpreted by Musee du quai Branly – Jacques Chirac in Paris, offering new audiences the opportunity to explore the experience. More than 150 objects and over 40 film extracts will be on view at the Musee (Sept. 26 – Jan. 7, 2024). The Musee du quai Branly - Jacques Chirac is dedicated to the arts and civilisations of Africa, Asia, Oceania and the Americas. Designed by the architect Jean Nouvel, the building has become an iconic signature of Paris’ heritage, just a stone’s throw from the Eiffel Tower. Since its opening in 2006, the museum, with 370,000 objects, 700,000 images and over 200,000 reference works, welcomes some 1.3 million visitors from all continents every year. 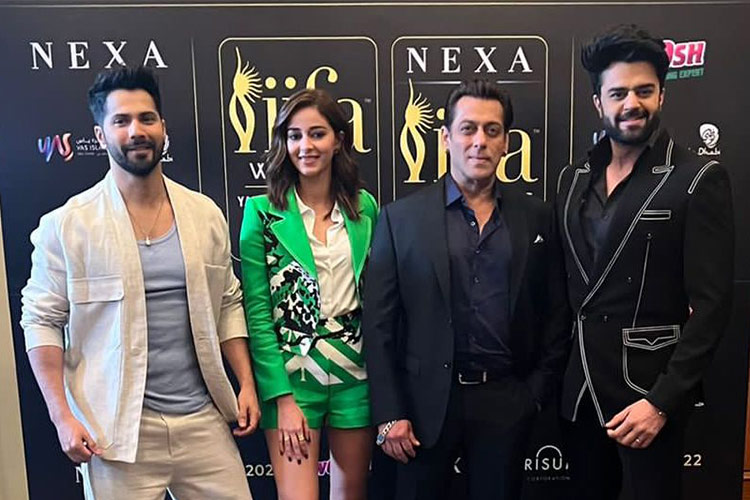 The grandest celebration of Indian Cinema, the International Indian Film Academy and Awards (IIFA) is set to thrill fans with its 22nd edition in Yas Island, Abu Dhabi on May 20 and 21, 2022. 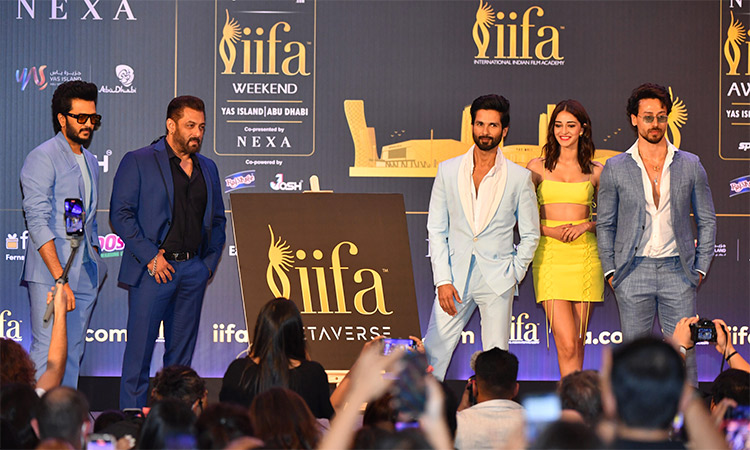 The IIFA has just concluded in Abu Dhabi on a very high note. It was great to see so many Bollywood stars coming to Abu Dhabi. The IIFA Rocks event was held on June 3 and the Main Awards was held on June 4. Residents of the UAE were thrilled to host their favourite stars in this part of the world. It was indeed great to see