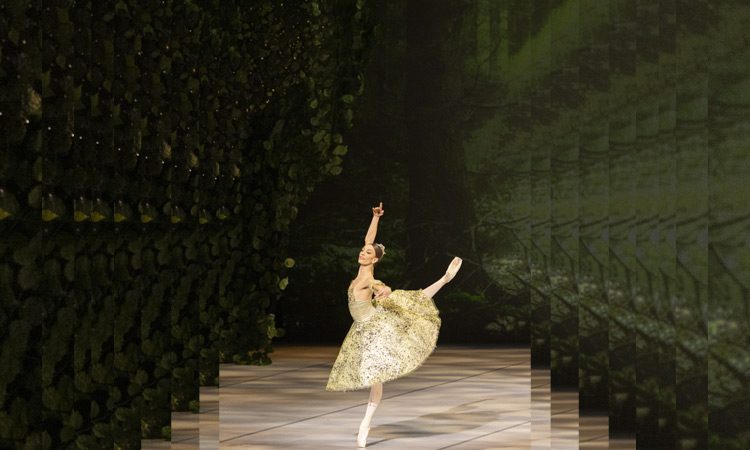 A Thousand Tales told many stories.

SAMIT (Show Art Music International Tours) group is an events company that specialises in show production and management groups, based in the UAE. This month, it organised the ballet A Thousand Tales at Dubai Opera (Jan. 6 — 7). A Thousand Tales is an original production: it mesmerised audiences of all ages as it took them on a fantastical journey through countless literary worlds plucked from the top shelf of the childhood bookcase, including that of Cinderella, Sleeping Beauty, Snow White, Aladdin, Puss in Boots, The Three Musketeers, and similar others.

It followed the White Rabbit from Lewis Carroll’s Alice’s Adventures in Wonderland as he went on a quest through the different fairy tale realms, in service of the Prince from Cinderella, all the while attempting to find the true owner of a golden shoe dropped by a mysterious unknown woman who stole the Prince’s heart. Well known Italian choreographer Francesco Ventriglia, wrote the libretto for the work, while also taking charge of direction and choreography.

Speaking about his experience of the project, Ventriglia remarked that “this has been my first time visiting Dubai, and it’s been such a wonderful experience. We have all these incredible artists coming from all around the world and an amazing creative team, and it’s been a really beautiful vibe. “I am very thankful to have been given such an incredible opportunity, first of all, to be able to create a classical ballet in 2023, and also to bring these kind of cultural events and present them in this part of the world; so I would like to give a big thank you to the organisers who decided to invest a lot of time, money and effort in this, because it will help give ballet a long life”. 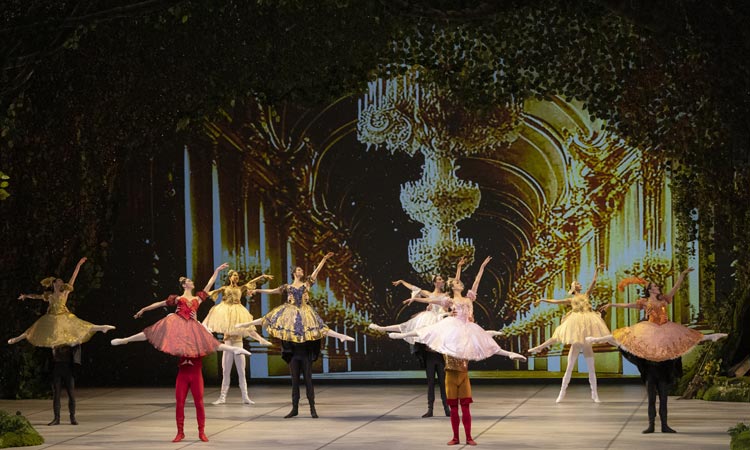 Joining Ventriglia on the production team were Set and Costume Designer Roberta Guidi di Bagno and Lighting Designer Valerio Tiberi, who helped create the mystical world of the ballet and immerse audiences in the fantasy realm that unfolded on the stage. Binding it all together was the music of acclaimed contemporary composer Alexey Shor, whose tonal and evocative compositions were perhaps the beating heart of the production, painting an acoustic image of each character and projecting the ballet’s various moods and themes, while captivating listeners with melodic qualities.

“It’s been such a fantastic production”, Guidi di Bagno said. “The organisers and production team have been absolutely wonderful, and I’ve really loved the collaboration between us and with the dancers, and even the confrontation sometimes as well, because we’re all working for the same goals. “We really put all our soul into it, and I’ve been very happy working here in Dubai, and discovering the fabulous work of Alexey Shor whose music is just stunning; it’s ageless, his music, you can listen to it again and again, it really touches my soul …” Taking centrestage throughout the shows were the dancers themselves, with the cast of A Thousand Tales representing some of the top talent of the contemporary ballet world.

The presentation showcased what is perhaps one of the greatest gifts that cultural endeavours can bestow – the building of bridges across international communities, as was remarked by Lorenzo Fanara, the Ambassador of the Republic of Italy to the UAE, who was present on the second evening. “It’s a great show,” he said, “and it’s another sign of Italian culture being shared with Emirati audiences. We attach very great importance to cultural diplomacy because it helps to build bridges between our countries.

The music, by a Ukrainian composer, is great and there’s a great mix between the music, the costumes and the ballet and it all forms art which builds bridges.” SAMIT focuses on the field of arts and culture, bringing major cultural events in the world to the Middle East, as well as producing and organising their own projects. Since its inception, it has embarked upon a number of projects including music festivals, international orchestra tours, concerts, exhibitions and other events, organised both through its own in-house projects, as well as through a series of collaborations with international cultural organisations.

Also, with global partners, SAMIT has taken up the remit of expanding cultural development by hosting various cultural academies, workshops, masterclasses, lectures and seminars, to help train and foster the development of educational opportunities. The cultural major brings ballet and classical musicians to United Arab Emirates and Saudi Arabia. It has taken part in projects such as Discover Ballet and the International Opera Festival. A Thousand Tales is seen as a milestone event in its career.

This month, SAMIT has been a part of the Qimam Mountain Performing Art Festival in Saudi Arabia (Jan. 20 – 27). It is based in the Asir region of southwest KSA, and is a rich showcase of Saudi folk art. It is now organising the InClassica Festival in Coca-Cola Arena, Dubai (Feb. 12 — Mar. 10). 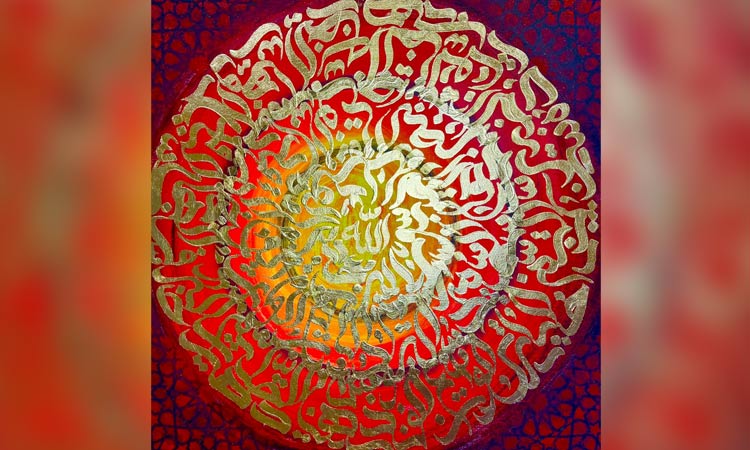 A variety of artworks in styles such as Calligraphy, Abstract, Cubism, Sufism, Contemporary and Photography, 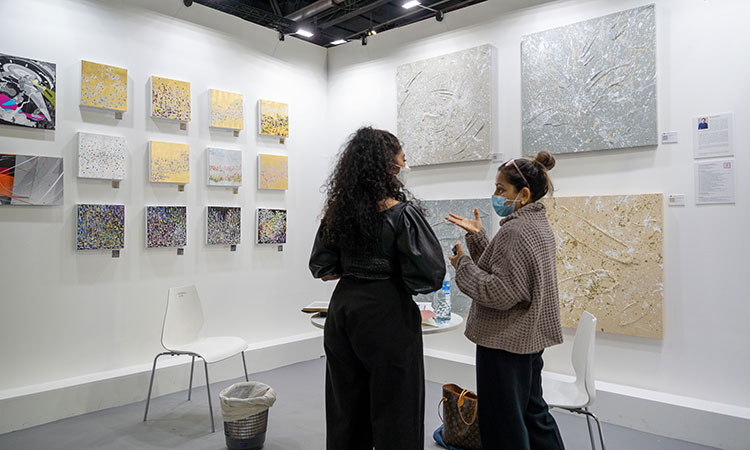 It is scheduled to run till March 19. On display are offerings from a cross-section of art disciplines, ranging from mixed media, fashion, music and dance, to sustainability, digital art, photography, graffiti, sculptures, and more. Non 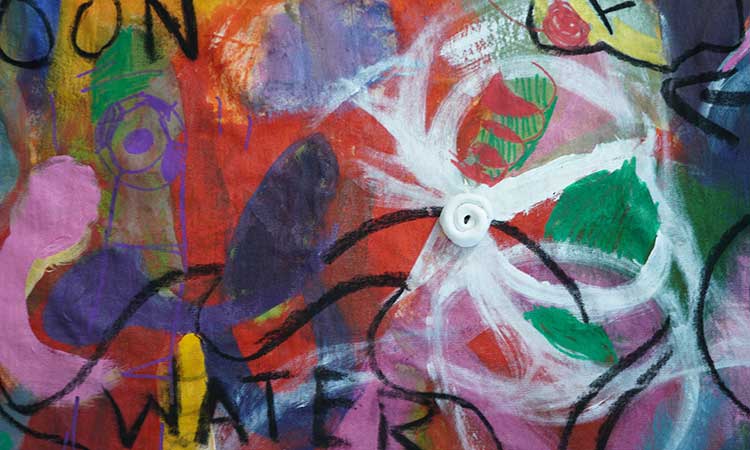 A key pillar in the Assembly’s research throughout the year, the Art Jameel Collection’s works on view features artists such as Maha Malluh and Faycal Baghriche, chosen for their inspiration in the Assembly’s exploration of the inner child. 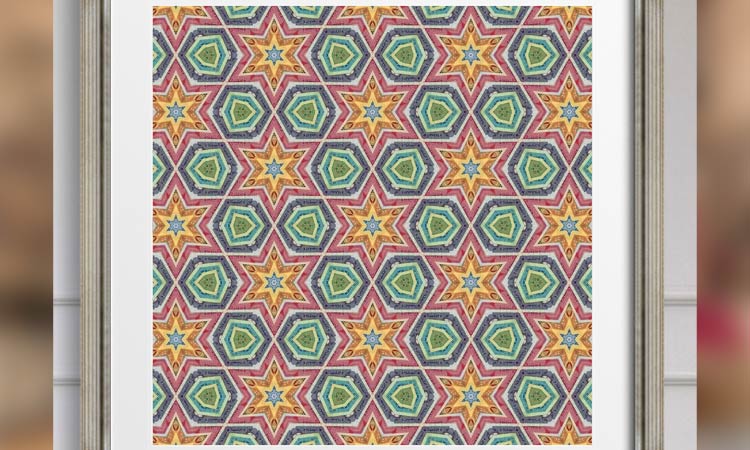 After a decade of running her own design firm in America and travelling to the Middle East, she moved to Syria in 2008 where she spent three years researching Ancient Ornamentation and Islamic Geometric design.