The spirit of Shona sculpture to shine brightly at Mestaria Gallery 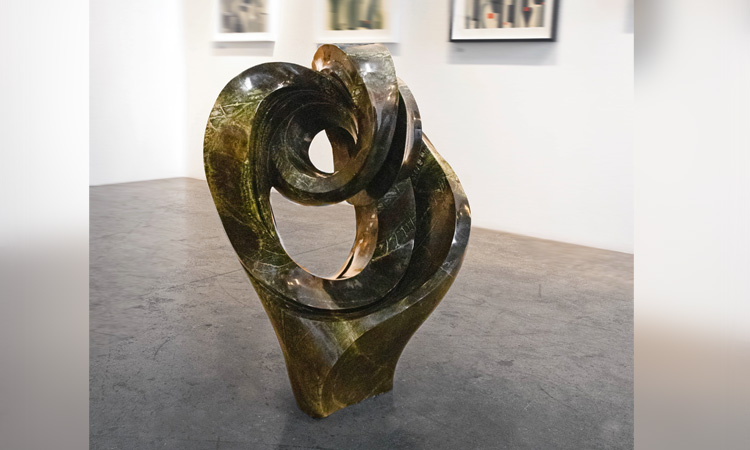 “The Shona Collective” will open at Mestaria Gallery, Dubai, on January 27. To run till February 17, it perhaps brings the best of Shona sculpture to the UAE. The exhibition will showcase the work of nine Zimbabwean artists from their Atelier, “The Shona Collective”. They are David White, Bywell Sango, Gregory Mutasa, Tawanda Makore, Royal Katiyo, Leonard Sezhendo, Lovemore Bonjisi, Witness Bonjisi and Dominic Benhura, who is considered one of the greatest Shona sculptors of our time.

Shona sculpture emerged on the global stage in the late twentieth century, despite the art form being part of Zimbabwe’s traditions for centuries. “The Great Zimbabwe”, an architectural archaeological masterpiece dating to 1200 CE, is the preeminent evidence of the nation’s talented stone carvers.

They accessed diverse types of stone from the Great Dyke, 300-mile-long, 2.5 million-years-old ridge that stretches across the country. Immersed in the beliefs and traditions of ancient Shona culture, many Zimbabwean sculptors believe they are simply “freeing” a shape from within the stone itself, highlighting a spiritual connection with the rock.

As part of their ancestral heritage, Shona sculptors have an innate belief that ‘nothing which exists naturally is inanimate’. This includes the rock they use for their sculptures which, in their view, has ‘a spirit or life force’ of its own. They believe that during the sculpting process it is this ‘spirit’ within and not the artist that defines the shape of the final sculptures. Coupled with that is the belief that every piece of art has a predestined owner. 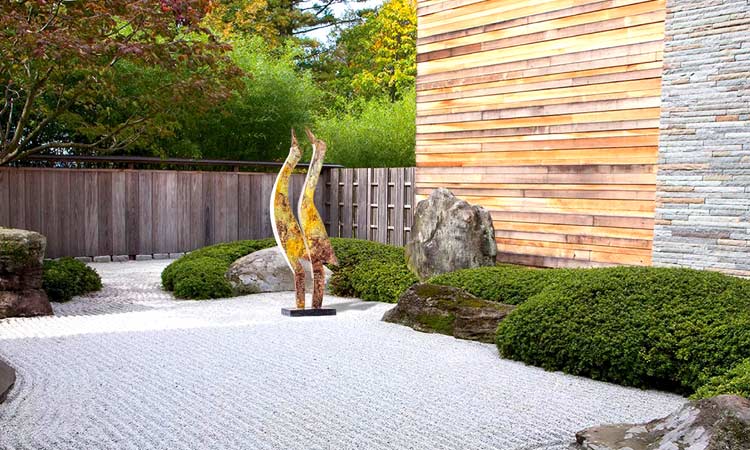 The Shona people’s instinct to use this material creatively in a way that hadn’t been done before in the area, led to a huge growth in the production and appreciation of such works. In particular, the involvement of Frank McEwen in the 1950s, was instrumental in bringing this movement to international attention. His efforts led to the founding of the National Gallery of Zimbabwe, and his enthusiasm to help give the Shona people a voice through their art, led to the first generation of renowned Shona artists gaining international attention.

Much of the stone used in Shona sculpture belongs to the Serpentine family. This type of sedimentary, metamorphic stone can be found in a wide variety of colours, from deep green-blacks to rarer and brighter semi-precious types. Many of these stones are mined in small, open cast natural quarries by the artists or locals themselves. The process has little ecological impact, and provides an important source of income for communities.

Preferred stones include Springstone, Green Opal, Cobalt and Serpentine; pieces may take months to carve, emerging from the rough-hewn rock - like a butterfly from a chrysalis. When sculpting is finished, the piece is heated to spotlight unique patterns and colours of the stone. It is then carefully waxed and burnished until it glows. The Shona Art style is woven into the history of Zimbabwe and is one of the most prominent and powerful art forms in African culture.

It is well known that the stone holds a great deal of significance to the Zimbabwean people: the word “Zimbabwe” in the local language, Shona, means “the house of stone”. Sculpting skills are passed down through families, and stone is still carved with just a hammer and a chisel. Sculptors tend to work with the hardest varieties of serpentine such as Springstone, fruit serpentine and leopard rock, as the dense stones have extremely fine grains and uniform structure, making them ideal raw materials for sculpting. Due to natural weathering processes, colours are vibrant and range from yellow and green through brown to black.

Shona sculptures are unique: literally carved from the earth, they are one-offs, and are durable, making them fascinating feature pieces for outdoors and indoors. The Shona art movement is relatively young, and is still evolving and growing and the design and traditional approach of Shona sculptors make their works popular and attractive to collectors and art lovers globally. The originality of the subject, style and material of Shona pieces ensures that more of the world becomes aware of the talent and skill of Shona artists.

The founder of the Collective is Dimitris Petrides, formed by him in 2002. Born in Zimbabwe in 1976, he was exposed to the works of Shona sculptors as a child, and became fascinated by the premise that every image created is said to be released from the stone, so its predestined owner may find it. As an adult, he wanted to ensure the continuity of the then dying art form and acted as a bridge, introducing young, talented Shona artists into global arenas.

In 2003, he was one of the three art collectors to be invited as a key exhibitor at the World Economic Forum in Switzerland. After establishing a gallery in Switzerland for a decade, he expanded his operation to the United Arab Emirates. Based in Harare, the Atelier is a valuable resource for the artists, since the creative energy of the Collective stimulates new ideas and approaches to working in 3D, along with trialing different materials and techniques.

Mestaria Gallery is a contemporary art space located in Alserkal Avenue Art District in Al Quoz, Dubai. First established as a gallery space in the UAE in the 1990s, it specialises in works from regional and global talent, with a specific focus on work of an Arabic, African and Asian origin.