The story behind the most wildly painted house in Las Vegas 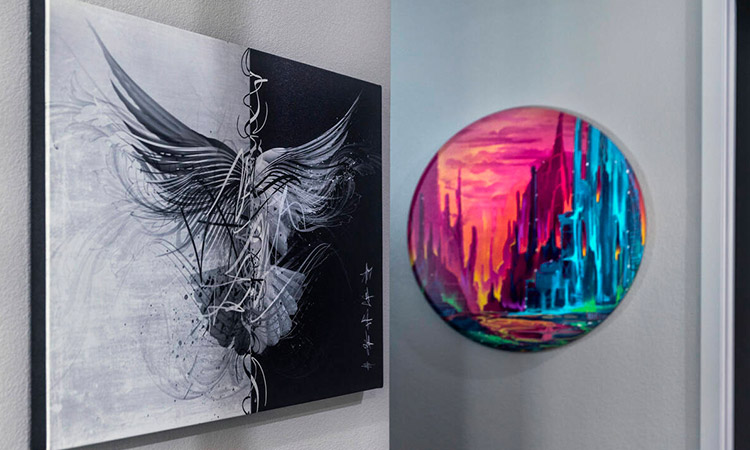 Las Vegas: It’s a splash of colour amid a landscape largely devoid of it, countering the surrounding drab like a rainbow slicing through a swath of stubborn storm clouds.

Across from an undeveloped stretch of land on the city’s southwestern side — all sand and scrub and rock; faceless — there it stands, a one-story home with many stories to tell, visually. Aesthetically speaking, it speaks loudly: Taking it in is akin to gazing through a kaleidoscope sans the kaleidoscope, said instrument replaced by the walls of a multimillion-dollar mansion awash in geometric shapes whose colour palate answers the eternal question: what would it look like if a lava lamp had a baby with a box of crayons? 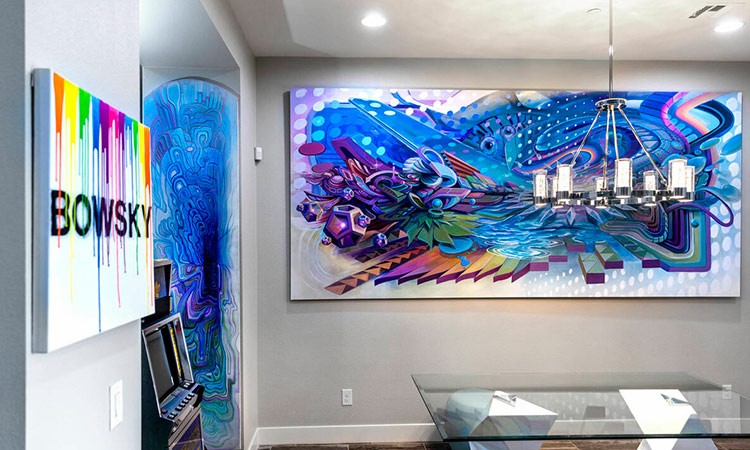 Various art pieces on the interior walls of Bowsky's home.TNS

The artwork wraps around the east- and north-facing facade of the house and conveys a tunnel effect of sorts, registering as a three-dimensional jigsaw puzzle with a Tetris-like arrangement of cubes, diamonds and other abstractions of the mind’s eye.

Walk past the driveway full of high-end rides — a purple Lamborghini Urus, a Carbahn BMW M8, a white Corvette Stingray, a GMC Denali, the gas can that reads, ‘I wanna go fast juice’ — and take a closer look: The more you stare at it, the more it reveals itself. This is the whole point according to the blue-haired, multimillionaire 30-year-old who commissioned the piece.

“You actually have to look into it and go, ‘What’s going on here?’” explains Brandon Bowsky, who bought the house in September.

“You can’t just look past it or glance, you really have to look. “I still find stuff all the time,” he continues, reflecting on the artwork’s myriad details, all this brightly hued nuance. “It makes you stop and actually focus. It’s kind of what it’s all about: looking past the surface level.” But oh how those surfaces stand out: you can spot Bowsky’s home half a mile away — go ahead, crane your neck while shuttling down Buffalo Drive, it’s worth it. In a city with no shortage of seven- and eight-figure luxury homes, Bowsky’s pad just may be the most eye-popping in the valley, adorned with one-of-a-kind artwork to the tune of $50,000. 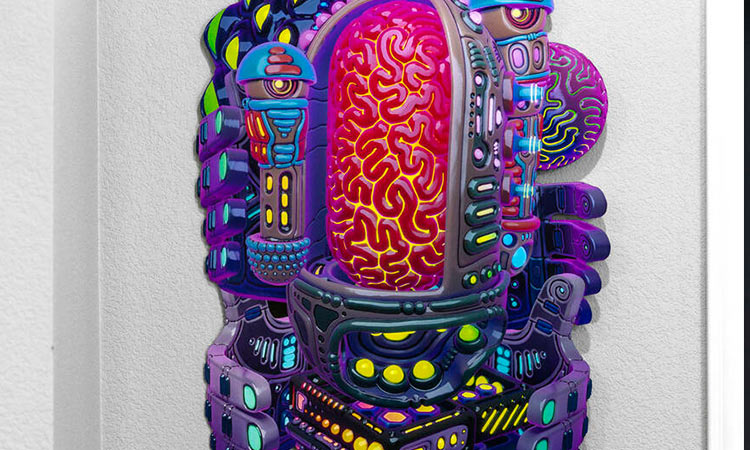 Art pieces on the interior walls.TNS

“I wasn’t buying the house thinking, ‘I’m going to put a bunch of art on it,’” Bowsky notes. “I bought the house because I was like, ‘This is a great location, it’s a nice area, it’s very quiet.’ And then afterwards I was like, ‘We got something here.’” “If you come back here to the basketball court, you’ll kind of get it.”

Bowsky strolls past the massive pool in his football-field-sized backyard, walking up a few steps to get a better view of the back of his house. He bought the place a few months back because he has numerous friends in Vegas and as an avid surfer and snowboarder wanted to be closer to mountains and the Pacific Ocean.

When he viewed aerial photos of the rear of his property, he saw a blank slate, a canvas in need of colour. “I was like, ‘Man, this is a giant area, what should I do here?’” he recalls. “If you imagine, you’re up here, and you’re looking back, and this whole thing is just gray and there’s nothing else there. It’s a little boring.” Boring? Can’t have that. Bowksy’s very visage underscores as much: the dyed ’do, the arms teeming with tattoos, including an image of a fire hydrant that reads, “I put out fires.”

“I got that tattoo because I got super tired of people asking me what I did for a living,” he explains. So, what does Bowsky do? Currently, he’s president and CEO of Minerva Marketing, the multi-pronged marketing and advertising agency he founded a few years back with roots in the insurance industry. 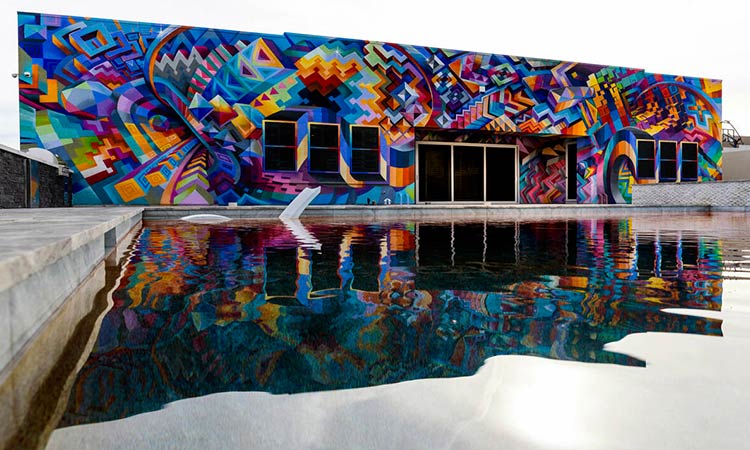 Marketing CEO Brandon Bowsky owns a home where he had a mural painted on its east and north facing walls with a variety of art inside.

A former DJ-producer in his native Florida — Bowsky still has a recording studio in his home — Bowksy left the music business in 2015 upon feeling that he needed to do something else with his life. After a failed startup, Bowksy was living in his car when an acquaintance told him he had a gig enrolling people into Medicare.

Intrigued, Bowksy got his insurance licence and started his own insurance company shortly thereafter, building it into a multimillion-dollar enterprise before launching his marketing agency, which is his focus now with an emphasis on developing new technology for the industry. Bowsky credits the skills he honed as an aspiring DJ with his success later on in his career.

“I was good at networking, good at talking to people,” he says. “I started doing the exact same thing in insurance; got to know everybody in that space. Did the same thing in the marketing space. I think the business development skills that I learned from being a struggling DJ probably helped me a lot.”

All this from a man with little formal education: Bowksy dropped out of high school when he was 15 after getting into an argument with his AP psychology teacher in class. “He was like, ‘Since you know everything, why are you even here? You shouldn’t even be in school; you should just quit,’” Bowsky recalls. “I was like, ‘Oh, great idea.’

I literally did it, that day — left school that day. That’s my life.” ‘Wait, is that real?’ Much of Las Vegas pulses with colour: the neon glow of downtown; the bright lights of the Strip, all that visual dazzle meant to widen eyes and shrink inhibitions. And yet, residential neighbourhoods tend to evoke the opposite, shaded in the colours of the desert just outside their doors, lots of beiges and browns — earth tones galore — a tonal respite from the aesthetic opulence of the tourist corridor.