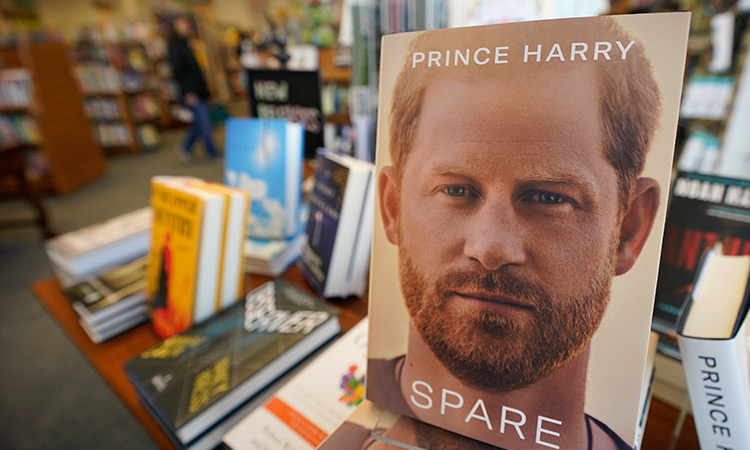 Copies of the new book by Prince Harry called "Spare" are displayed at Sherman's book store in Freeport, Maine. AFP

The sales figures come as the first opinion poll since the memoir's publication showed Harry's popularity in the UK continuing to nosedive.

The headline-grabbing book was published on Tuesday and accompanied by four high-profile promotional interviews with the Prince.

Revelations included Harry's claim his brother Prince William physically attacked him in a row in 2019 and that the once-close brothers begged their father not to marry his wife, Queen Consort Camilla.

The 38-year-old former soldier also revealed he had killed 25 Taliban during his time in Afghanistan, sparking condemnation from military personnel and the Taliban.

Parts of the book were widely leaked but its contents have continued to fill airtime and newspaper and online pages.

Speaking about the sales, president and publisher of the Random House Group Gina Centrello said in a statement that "Spare" was far more than a celebrity memoir.

"Vulnerable and heartfelt, brave and intimate, 'Spare' is the story of someone we may have thought we already knew, but now we can truly come to understand Prince Harry through his own words," she said.

"Looking at these extraordinary first day sales, readers clearly agree, Spare is a book that demands to be read, and it is a book we are proud to publish," she added.

The book is one of a number of lucrative contracts struck by Harry and his American wife Meghan cashing in on their royal connections.

The couple dramatically quit royal life and moved to California in 2020 and have complained bitterly about their treatment in the UK.

A YouGov survey published in The Times found that only 24 percent of people now have a positive view of the prince -- down from 80 percent a decade ago -- with 68 percent critical.

Among over-65s, Harry and Meghan's popularity ratings were even worse than those of the disgraced Prince Andrew, the survey found.

"Spare" was published in a total of 16 languages worldwide and released simultaneously in print and digital formats in North America by Random House US and Random House Canada, and in the United Kingdom by Transworld.

An unabridged audio edition of the book, read by Harry, was also published by Penguin Random House Audio.

The first US printing of Spare was two million copies, however the book has now gone back to press for additional copies to meet demand, according to Penguin Random House.

Bookshops in the UK opened early on Tuesday to offer Harry's book although buyers were sparse after the extensive leaks ahead of publication.

The blockbuster publication comes as the royal family prepares for the coronation of Harry's father King Charles III on May 6.

The royal family has not commented on the book. 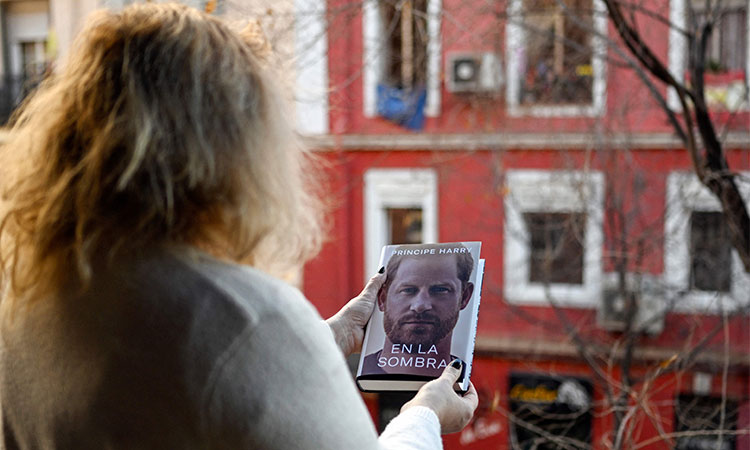 Harry's book sold ahead of official launch date in Spain

Several bookstores in Spain were selling the much-awaited memoir by Britain's Prince Harry on Thursday, five days ahead of the book's official launch date.