Scholars dive into Indian Ocean from The Africa Institute platform 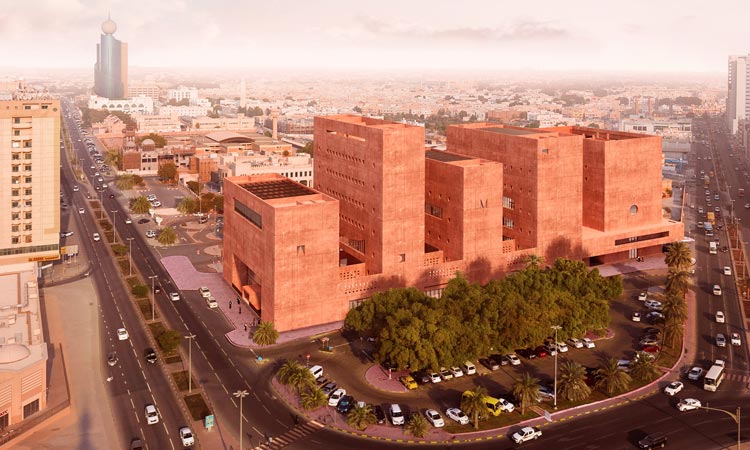 A view of the proposed Africa Institute campus in Sharjah.

A four-part multi-disciplinary conference series highlighting the complex history and rich cultural heritage of the Indian Ocean rim to a wide, international audience (Dec. 15 – 17) was the third edition of The Africa Institute Sharjah’s ‘country-focused season’. It is a flagship initiative that takes place annually to explore one African country or African diaspora community through a range of scholarly and public programmes.

“The Institute’s country-focused seasons are an integral part of the year-round work to develop and support original scholarship and programming that expands understanding of African and African diaspora studies among the academic community and the broader public,” she said. “Indian Ocean Rim as a third season further adds to the understanding of the complex history of the African world, while also providing a forum for creatively engaging its present and imagining new futures.” 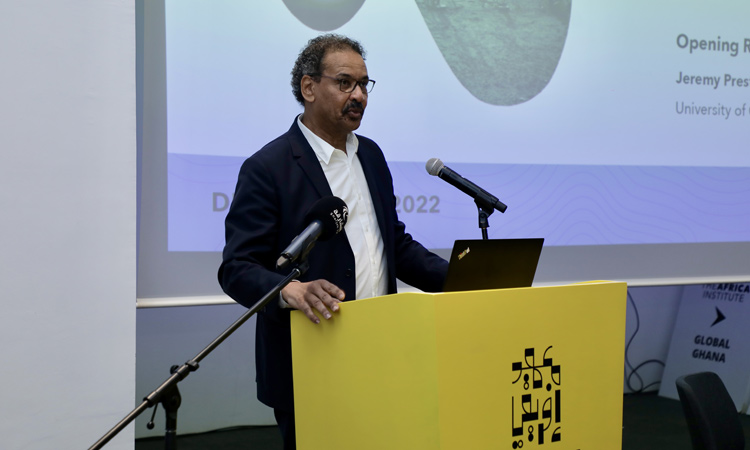 Dr. Salah M. Hassan, Director, The Africa Institute Sharjah followed by further contextualising the history of the founding of the Africa Institute by indicating its current programmes, fellowships, and describing its future campus. “Following two successful seasons focused on Ethiopia and Ghana in 2019 and 2021, respectively, The Africa Institute chose the Indian Ocean region due to its significance in the contemporary multipolar world,” he said. “This season sees scholars, activists, and others from various disciplines and geographical locations highlight the complex history and rich cultural heritage of the Indian Ocean rim enabling us to centre Africa within studies of global relations to an international audience.

Professor Prestholdt said that “Africa has occupied a central place in the Indian Ocean’s matrix of connectivity. The historical, cultural, economic, and geopolitical significance can hardly be overstated. This season represents a multi-disciplinary approach that aims to raise the profile of Indian Ocean islands by examining and reimagining circulation, mobility, race and slavery, ecological change and cultural production through the lens of Africa’s Islands through panel discussions, film screenings, music performances, theatre, and more.” To round off the season and proceedings of the four conferences, a peer-reviewed, interdisciplinary, biannual journal titled ‘Monsoon’ will be published by Duke University Press and the Africa Institute in 2023.

With an emphasis on Africa and the Western Indian Ocean, the journal will provide a platform for research on new ways of understanding Indian Ocean perspectives, networks, and the region’s global interfaces. To resonate with and represent the country-focused season, the Institute collaborates with Pakistani artist Naiza Khan to use her images to visually depict the monsoonal circularities of the Indian Ocean and what it represents as a heterogeneous assemblage of power, colonial history and collective memory. Khan trained at the Ruskin School of Art, University of Oxford and completed her MA at the Centre for Research Architecture at Goldsmiths, University of London.

She has been faculty at the Fine Art Department, Indus Valley School of Art, Karachi and Senior Advisor, Visual Studies Department, University of Karachi. In 2000, she co-founded the Visual Artists’ Collective in Pakistan, affiliated with the Triangle Network. Her work has been presented in a number of solo and group exhibitions, including Sharjah Biennial 15. In the course of centuries, exchanges and interactions in the Indian Ocean region created vibrant littoral societies with cosmopolitan identities.

The circulation of peoples, objects and ideas has led to its emergence as a bona fide host to a diversity of cultural exchanges, economic interactions and human relations. “Yet these human interactions have received relatively little attention in the Indian Ocean compared to its Atlantic and Pacific counterparts,” says the Institute. “This symposium brings together scholars from diverse disciplines to address this prevailing lacuna.” The second rendition of the season titled ‘Legacies of Race and Slavery in the Atlantic and Indian Oceans’, is tentatively scheduled to take place in Zanzibar, in early June 2023.

Established in 2018, The Africa Institute in Sharjah is an interdisciplinary academic research institute dedicated to the study, research and documentation of Africa and the African diaspora. The only institution of its kind located in the Gulf — a historical nexus of African-Arab cultural exchange — it positions itself to expand its understanding of African and African diaspora studies as a global enterprise.The Institute is conceived as a research-based think-tank and a postgraduate studies institution, which aims to train a new generation of critical thinkers in African and African diaspora studies.

It offers both master’s and Ph.D. programmes in the humanities and social sciences through named senior and postdoctoral fellowships, international symposia and conferences, visual art exhibitions and artist commissions, film and performance series and community classes and outreach events. The Institute has commissioned Adjaye Associates to design a new campus that is scheduled to complete in 2023.

The future campus building has been awarded an honourable mention for Unbuilt — Commercial, Cultural, Civic, Education at AN’s (The Architect’s Newspaper) Best of Design Awards 2022. The award celebrates outstanding built and unbuilt architectural projects in a range of categories, from cultural destinations to temporary installations.