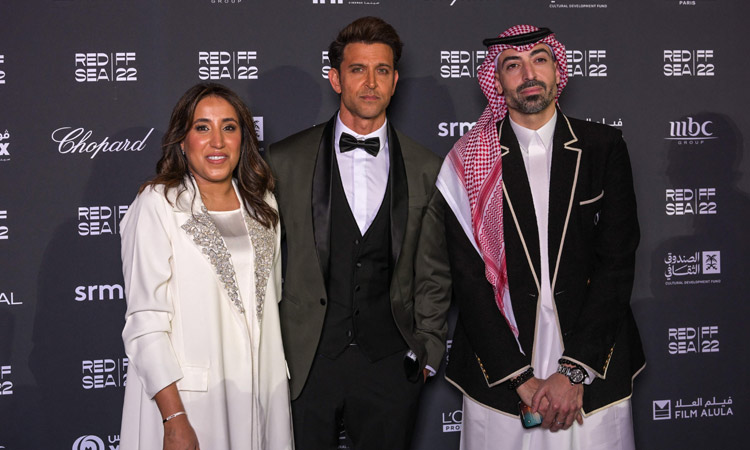 Twenty-two years ago, the Bollywood film Kaho Na Pyaar Hai (Say that you love me) was released which went on to become a massive blockbuster in India. Its hero, Hrithik Roshan, with the looks of a Greek deity and six-pack physique, became a national sensation, particularly adored by millions of teeny-boppers.

The son of Raakesh Roshan, a former Bollywood star who later turned hit director, Hrithik was not only a good actor but also an excellent dancer. His dance moves, where he could perform with amazing body flexibility reserved for acrobats, were the talk of the town and produced a lot of imitators. His jig in the film's song 'Ek Pal Ka Jeena' (A moment of existence) became the talk of the town.

Even now, despite personal upheavals with his marriage and a brain malady which he got treated for, he still hasn't lost his mojo. He danced to the number at the ongoing Red Sea Festival in Jeddah and simply swept the crowd off their feet. Looking every inch as debonair as it gets, he was dressed in a classic black suit with a bow tie.

While talking to his fans and journalists, Hrithik, off his own bat, started dancing. He even taught the host some of the steps he had done for the song 'Ek Pal Ka Jeena' which at first sight appeared to be difficult to imitate. As he began the dance, those seated in the audience gave him a thunderous applause, according to Indo-Asian News Service.

Later in the festival, Hrithik got a chance to meet another actor who was famous for his martial arts skills – Jackie Chan. The actors posed together for the paparazzi. He will next be seen in the film 'Fighter' starring the south Indian Deepika Padukone. In the film, Hrithik plays the role of an Air Force pilot.