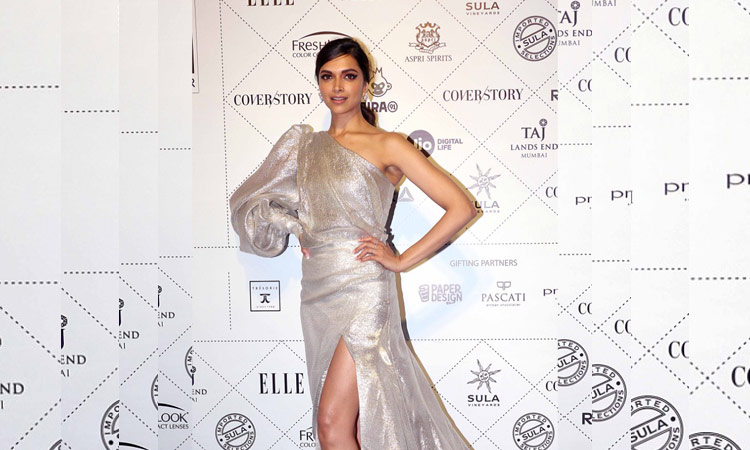 Filmmaker Rohit Shetty during the song launch of his upcoming film “Cirkus” revealed that actress Deepika Padukone will be donning the khaki uniform for his cop universe as they are all set to work together. Rohit, who was at the launch of “Current Laga Re” along with Ranveer Singh and Deepika, made the news on stage. He said: “Log poochte rehte hai Singham ka agla part kab aayega? Today let me take his opportunity to say that Deepika and I will work together next year.”

Rohit and Deepika have previously worked together in “Chennai Express” which stars Shah Rukh Khan and released in 2013. It would be after a decade that the actress and filmmaker would be working together. The most endearing love birds of B-town, Ranveer Singh and Deepika Padukone set the stage on fire at the song launch of “Current Laga Re” from Rohit Shetty’s “Cirkus.”

The actress, who portrays a Tamil character in the song, gave a peck on her husband Ranveer’s cheek as the event began. Ranveer for his part was smitten once again by his lady love and he affirmed the same when he said: “Throughout the duration of the song, I always keep looking at her and I can say that for real life as well.” The song, which is full of multiple hook steps, had Ranveer practising for 10 days. He added: “I’m fixated on her, that’s how I can put it mildy.

She’s not just the queen of entertainment but also the queen of my life”. “Mujhe laga log inko (Deepika) hi dekhenge toh main apni taraf se thodi zyada practice kar leta hoon to match up to her (I thought people will anyway look at her so, I practiced more so that some attention falls on me as well).” While Deepika and Ranveer absolutely love each other, Deepika’s competitive spirit was on full display at the song launch event of “Current Laga Re” from “Cirkus” in Mumbai.

“Cirkus,” which will see Ranveer in a dual role, is his second film with superstar director Rohit Shetty the first one being the 2018 superhit film “Simmba” which had him playing a corrupt cop who goes through an emotional transformation. As Ranveer said: “I feel so grateful to collaborate with ‘The Rohit Shetty’ again for this one,” Deepika interjected by saying: “But, I worked him first” with an affirmative gesture. To which Ranveer had no response as he stood in admiration.

He just said: “Now what can I say, baby?” Ranveer also showered praise on his wife Deepika Padukone and mentioned that her character of Meenamma from the 2013 Shah Rukh Khan-starrer “Chennai Express” is his all time favourite character of her. Lauding his director, the actor mentioned, “My humorous side comes out the best when I work with Rohit Shetty because he is the king of comedy and has been doing it for close to 16 years now.”

After facing the heat at the box-office with colossal flops like “83” and “Jayeshbhai Jordaar,” Ranveer is looking to swing back into action with ‘Cirkus’ which lands in cinemas on Dec.23, 2022.