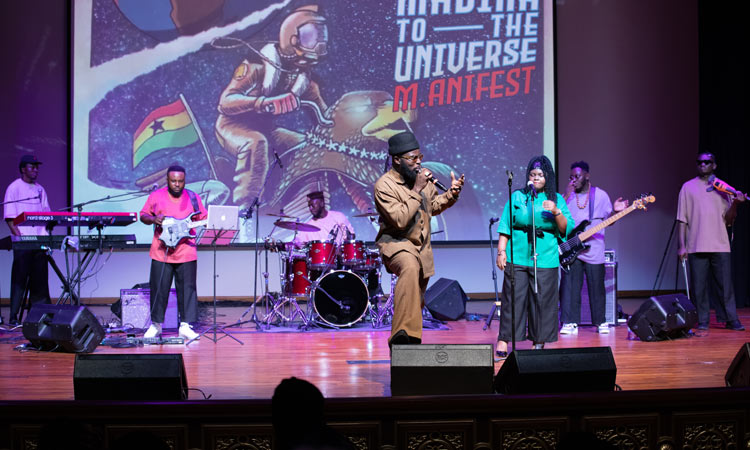 The Africa Institute, based in Sharjah, has announced its third country-focused season covering the Indian Ocean region. Opening later this month, the multi-disciplinary conference being hosted by it aims to bring the complex history, and rich cultural heritage of the Indian Ocean rim to a wide, international audience.

The country-focused season is an annual initiative exploring one African country or African diaspora community through a range of scholarly and public programmes. Following two successful seasons focused on Ethiopia and Ghana, the 2022-2023 season is titled “Thinking the Archipelago: Africa’s Indian Ocean Islands”. 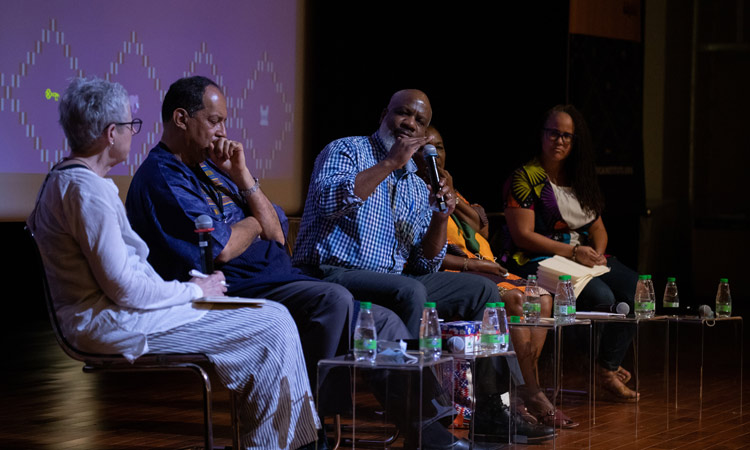 A panelist presents his case during a country focused season programme. 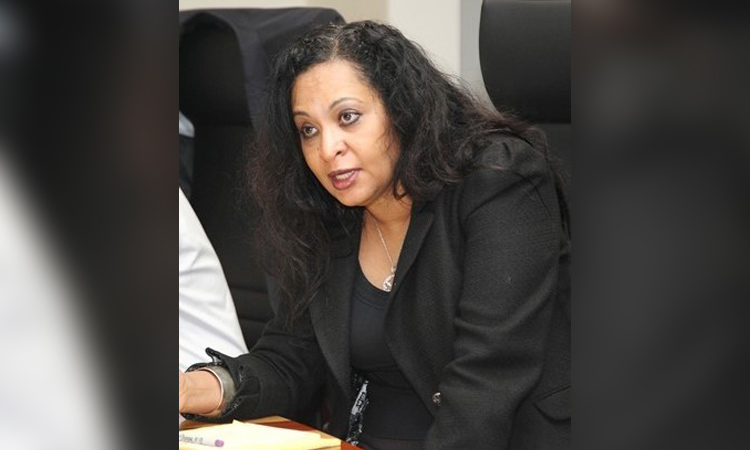 “These themes deserve consideration not only in comparison with other world regions but also because, unlike its Atlantic and Mediterranean counterparts, the Indian Ocean’s unique nexus of translocal relationships has never received the attention it merits,” said Professor Prestholdt.

“The Islands have always been integral spaces of exchange. As crucial points of contact with societies within and beyond Africa, they have been the primary conduits through which people, goods, and ideas move, especially in the context of the monsoon and maritime worlds,” said Professor Abusharaf. Professor Chandra added: “From Madagascar’s immense scale and ecological diversity to Mozambique Island’s compact, urban environment and Mombasa’s centrality to the East African economy, islands have profoundly shaped African history. 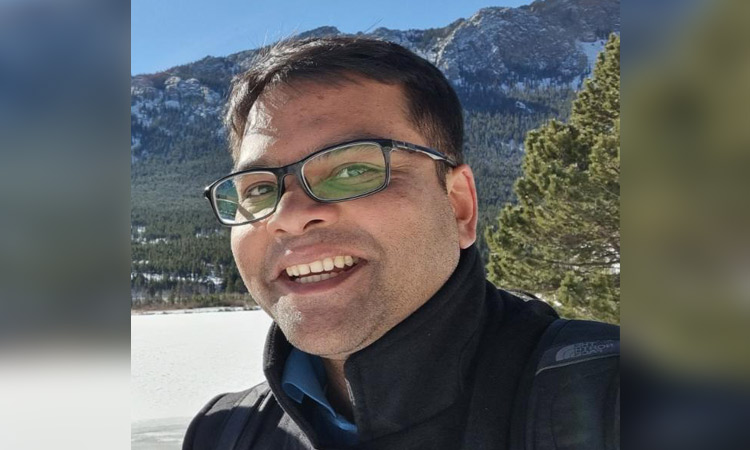 “Social environments of islands such as Zanzibar, Lamu, Seychelles, Mauritius and the Comoros, have contributed to unique forms of literary production, music, dance, film, aesthetics and art forms in dialogue with continental and more distant societies. “Islands have also faced a range of environmental challenges, from cyclones and tsunamis to rising sea levels and the devastation of marine ecologies due to climate change.”

The Institute has also joined forces with Pakistani artist Naiza Khan, to use her images to visually depict the monsoonal circularities of the Indian Ocean and what it represents as a heterogeneous assemblage of power, colonial history and collective memory. Starting this fall, the inaugural event themed “Reimagining Mobilities/Immobilities in the Indian Ocean’’ will take place in Sharjah at The Africa Institute between December 15-17, and the subsequent three renditions will be hosted in 2023 in island locations of the Indian Ocean and also in Sharjah. 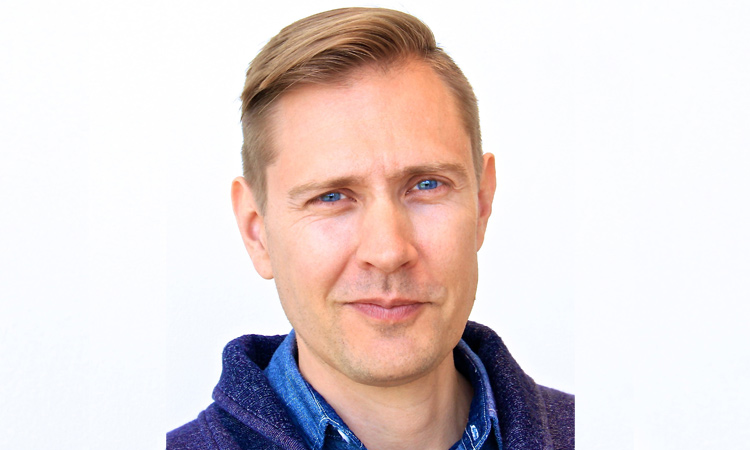 The Africa Institute, in cooperation with Duke University Press, USA, has also announced the launch of a new interdisciplinary, peer-reviewed, biannual journal titled Monsoon, co-edited by Prestholdt and Abusharaf, which seeks to spark new ways of thinking about the Indian Ocean region and to promote innovative scholarly research and analysis. “Half of the world’s population lives within fifty miles of the Indian Ocean’s shores and half of the world’s container ship traffic crosses its waters, most of the world’s petroleum traverses the basin, and global powers compete for regional influence.

“As a result, scholarly and popular interest in the Indian Ocean region has increased dramatically in recent years. At the same time, the region has yet to receive the scholarly attention it merits,” said Prestholdt. Monsoon will consist of a series of special issues bringing together the perspectives of scholars, critics and artists across the disciplines of humanities and social sciences that offers a new forum to present research, debate critical themes, and highlight emerging trends in Indian Ocean studies, with an emphasis on Africa and the Western Indian Ocean. Co-editor Abusharaf further contextualised the idea behind the title of the periodical.

“The name of the journal, ‘Monsoon’ is inspired by seasonal weather patterns, notably the winds that facilitated interregional sojourns and thus the integration of the Indian Ocean rim over thousands of years,” she said. “The journal proposes to interrogate the multitudinous forces that have defined and continue to shape regional societies, examining overlapping forms of cosmopolitanism, circulation, inequality, and exploitation.”

Through the pages of Monsoon, the Indian Ocean will be more legible to readers across disciplines and fields of specialisation; thus the journal will help to propel Indian Ocean studies further. Monsoon will publish original, cutting-edge research essays as well as special thematic issues that provide analysis of cultural, historical and political circumstances that have shaped, and currently affect, the littoral societies of the Indian Ocean.

“Being an interdisciplinary academic research institute, The Africa Institute is proud of this collaboration with Duke University Press, as it facilitates our dedication to the study, research and documentation of Africa globally, and exploration of new frontiers of lesser explored African diasporas across the Indian Ocean rim,” said Salah M. Hassan, Director of The Africa Institute and Cornell University Professor.

Hoor Al Qasimi, President of The Africa Institute said that “the Institute has already begun to consolidate its place in global African studies through its rich programmes of research, fellowships, publications, and public outreach.” Rob Dilworth, Journals Director, Duke University Press said: “The journal will raise the profile of Indian Ocean studies, ensure that Africa and the Western Indian Ocean are represented and highlighted in the field, and help Duke University Press fulfill its ongoing goal to publish periodicals in new areas.”