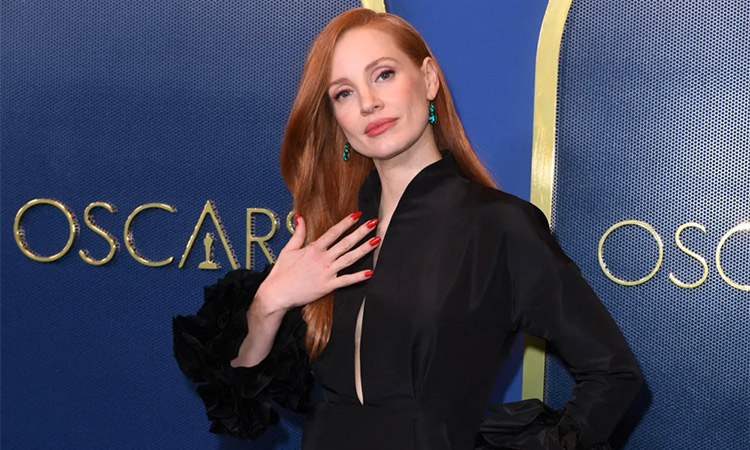 Oscar winner Jessica Chastain’s return to Broadway will breathe new life into an old classic. The acclaimed actress, known for film roles such as “The Eyes of Tammy Faye,” “The Help” and “Zero Dark Thirty,” will star in Jamie Lloyd’s upcoming revival of Henrik Ibsen’s 1879 drama “A Doll’s House,” it was announced on Wednesday.

The three-act play about Norwegian housewife Nora Helmer — who leaves her overbearing husband and family — will be modernized by Pulitzer Prize finalist Amy Herzog. The “Molly’s Game” star made her Broadway debut in the 2012 revival of “The Heiress.” She said she has had a collaboration with Lloyd in mind for the past five years. The Tony Award-nominated Lloyd previously helmed acclaimed Broadway productions of “Betrayal” and “Cyrano de Bergerac.”

Chastain, 45, said in a statement that the new production of “A Doll’s House” was set to start rehearsals in London in April 2020, “But little did we know what the world (and a pandemic) had in store for us.” “While home in New York, walking around the empty theatre district made my heart hurt,” she added. “New York has been my home for over 20 years, and it’s immensely important to me to take care of this city and support my artist neighbors.” “A Doll’s House” has been produced more than a dozen times on Broadway.

Its last revival was a four-time Tony Award-winning production in 1997 co-starring Janet McTeer and Owen Teale. Chastain developed an interest in acting from an early age and made her professional stage debut in 1998 as “Shakespeare’s Juliet.” After studying acting at the Juilliard School, she was signed to a talent holding deal with the television producer John Wells.

After making her film debut at age 31 in the drama “Jolene” (2008), Chastain had her breakthrough in 2011 with six film releases, including the dramas “Take Shelter” (2011) and “The Tree of Life” (2011). She received Academy Award nominations for playing an aspiring socialite in the period drama “The Help” (2011) and a CIA analyst in the thriller “Zero Dark Thirty” (2012).

For her portrayal of Tammy Faye in the biopic “The Eyes of Tammy Faye” (2021), which she also produced, Chastain won the Academy Award for Best Actress. Chastain is the founder of the production company Freckle Films, which was created to promote diversity in film, and is an investor in the soccer club Angel City FC. She is vocal about mental health issues, as well as gender and racial equality. She is married to fashion executive Gian Luca Passi de Preposulo, with whom she has two children.