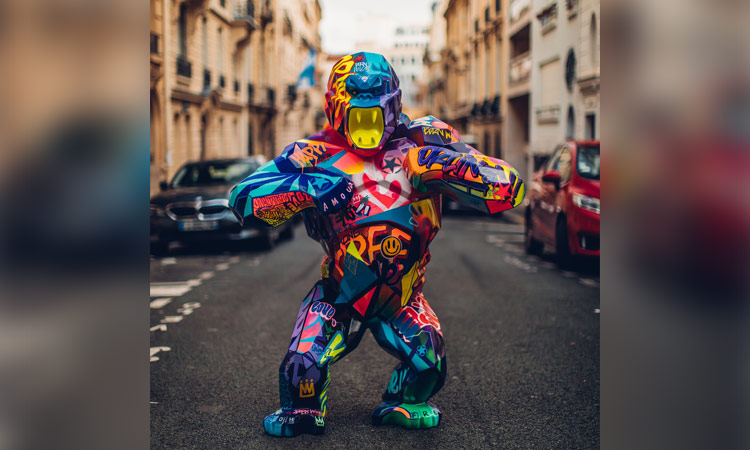 Magnom Properties, an Egypt incorporated company, is partnering with French contemporary artist Richard Orlinksi to debut a collection of his colourful animal-inspired resin sculptures at the company’s first project in Egypt’s New Administrative Capital (NAC). Known for electrifying sculptures of considerable dimensions exhibited globally such as his well-known Red Gorilla ‘Wild Kong’ displayed at Cannes, the Crocodile at Miami Design District and the 5-metre bear at Courchevel, France, Orlinski has followed his passion for art since 2004 and was named as the biggest selling contemporary French artist in the world in 2015.

His first sculpture, a bright red crocodile, was the start of an evolution of unique pieces symbolising freedom, power and passion. As part of the campaign titled ‘Magnom Loves Art’, the Magnom-Orlinski partnership will see a collection of sculptures in different colours, sizes and materials taking centre stage at various locations within the company’s NAC commercial project, celebrating the integration of architecture with modern art, creating a special ambience.

Abdulaziz Al Turki, Chairman of Magnom Properties, said: “This partnership with Richard Orlinski is part of our mission to bring together the best-in-class across architecture, design and art.“Recently, we also partnered with the world-renowned architect Adrian Smith along with his partners Gordon Gill and Robert Forest, to oversee the construction of high-value commercial, residential and lifestyle projects to be developed across Saudi Arabia, Egypt and the wider MENA region. This is a testament to our strong commitment to promote art and culture in the country and beyond.” Othman A.

Ibrahim, Vice Chairman of Magnom Properties, added: “Egypt has always been keen to celebrate art and culture, and to this day, it continues to be a prominent destination for innovative minds to showcase their artwork and inspire future generations.” Maged Marie, CEO, Magnom Properties, said that “we are inspired by the famous words of architect Frank Lloyd Wright when he said that ‘The mother art is architecture. Without an architecture of our own we have no soul of our own civilisation’. 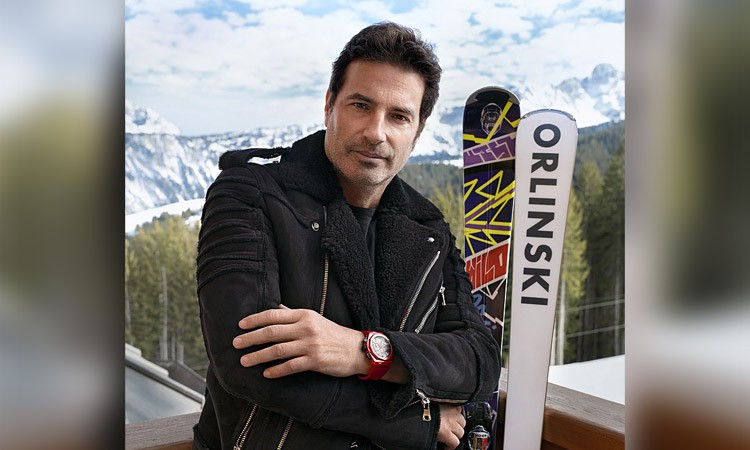 “Egypt’s New Administrative Capital represents another unique architectural phase for Egypt highlighting the architectural wealth of the past, present accomplishments and future wins.” He added: “We are looking forward to hosting Richard in our country and creating a new platform for art lovers to gather and admire his unique pieces that will mesmerise visitors at our NAC project, which in itself will be a piece of art fashioned by contemporary design.”

Orlinski commented: “I am a strong believer in the power of art, and it gives me great pleasure to be debuting my pieces in a country that still surprises the world with its incredible history, resilience and rich culture.“I am grateful to Magnom Properties for sharing my passion to revolutionise and elevate our environment by introducing creative concepts and thrilled to be working with the team on new ventures for the future that will uplift the surrounding community.

“NAC is considered another unique marvel of architecture in Egypt and will become another long-lasting landmark. The development of NAC reflects the modernisation and progression of Egypt. We are currently working with Magnom Properties to showcase our work in various projects in the Middle East.” Magnom Properties attempts to redefine the real estate sector by overseeing the construction of high-value commercial, residential and lifestyle projects in KSA, Egypt and the MENA region.

The company is focusing on creating dynamic environments and developments which will cater to the rapidly evolving lifestyles, aspirations of businesses, industries, and future generations. To ensure that the core values of quality, reliability, timely delivery, and sustainability are followed across all future projects with LEED certification standards, Magnom Properties partners with global experts, including the world-renowned architect firm Adrian Smith + Gordon Gill Architecture (AS+GG Architecture) who are designing their first project in Egypt’s NAC.

Orlinski has been the biggest selling contemporary French artist in the world since 2015. He began his artistic career in 2004; his first work, a bright red resin crocodile, soon became an iconic piece in the sculptor’s bestiary. The artist took inspiration from pop culture, everyday objects and popular things. He soon developed new sculptures, often of animals, all symbols of freedom, power and passion.

The result: electrifying works of art, in pop colours and a faceted style that would be seen all around the world! Exhibiting his works, often of spectacular dimensions, in unusual places and the great outdoors, soon became his signature. Neo-pop (also known as New Pop), Orlinski’s Muse, is a postmodern art movement of the 1980s and 1990s. It is defined as a resurgence of the aesthetics and ideas from the mid-20th century movement, capturing the characteristics of Pop art.

Orlinski wants to democratise art by making it accessible to the masses, and takes an interest in all means of expression — his art does not know many boundaries. He was made an Officer for the Ordre des Arts et des Lettres by French Minister of Culture Roselyne Bachelot-Narquin in 2021.

With several million followers on social networks, he has brought together a very engaged community of art-lovers and enthusiasts. This is undeniably a great source of inspiration for the artist. “I deeply believe in the power of art. Often people do not dare to push the door of a gallery or a museum; so I make sure that the museum comes to them!” he says.