Grateful for having done ‘Goodbye’ with Big B, says Rashmika Mandanna - GulfToday 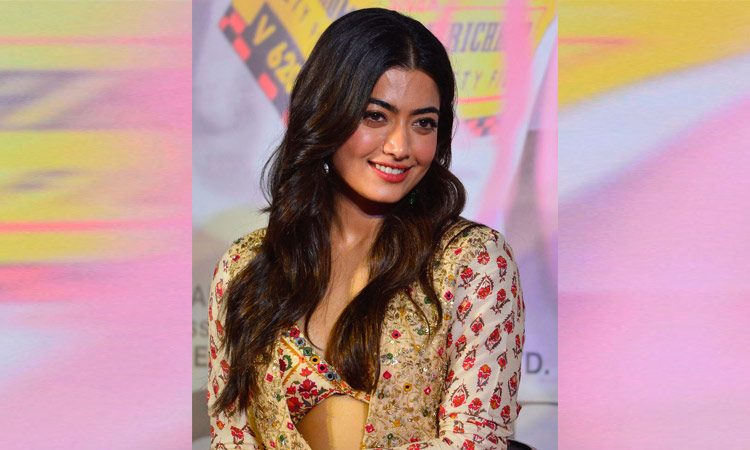 Rashmika Mandanna poses during the trailer launch of ‘Goodbye’ in Mumbai on Sept.6, 2022. AFP

Southern sensation Rashmika Mandanna, who has worked with Amitabh Bachchan in “Goodbye,” says that she is grateful for having done the film with the Bollywood superstar. Taking to Instagram, the actress posted a picture of herself with Big B and wrote, “I still can’t believe this is happening.

Having done a film with sir, getting to talk to him, being able to share the same stage as him, talking about the same topics, getting to take a picture with him, my God!! “He is an absolutely brilliant performer... A gem of a person and always arguing with me as a reel papa... but my God — how grateful am I. “I am grateful for having done ‘Goodbye’ with Amitabh Bachchan sir.

It’s been an absolute honour and this will forever be super special. PS — See papa and Tara in five days on October 7 in cinemas near you!” The actress considers the Hindi film super special as she herself mentioned in one of her posts when she wrapped up shooting for the film.

She had then said, “Everyone I’ve worked with in this team will always and forever be super special to me (Guys! Let’s work again soon, like super soon. I dunno how you’ll make it happen but make it happen!) I love you guys! You are the bestest!” Meanwhile, Rashmika shook a leg with actor Govinda on her raging number “Saami Saami,” from the blockbuster film “Pushpa: The Rise” starring Allu Arjun.

The actress recently marked her presence in “DID Super Moms” where she danced on her now trending number. She was on the show to promote her maiden Bollywood movie “Goodbye.” “Goodbye” is a story that touches every emotional chord in your heart and makes you realise the importance of your loved ones along with the downturns of life.

Rashmika will also be sharing screen space with Neena Gupta, Sunil Grover, Pavail Gulati, Ashish Vidyarthi, and Elli AvrRam in the film, which will release on October 7. Rashmika will also soon commence work on the second part of the Pushpa franchise. The film will see her reuniting with Allu Arjun.

“Pushpa: The Rise — Part 1” released in 2021. The film, which is directed by Sukumar, depicts the rise of a coolie in the smuggling syndicate of red sandalwood, a rare wood that grows only in the Seshachalam Hills of Andhra Pradesh state. Makers of “Goodbye” have announced that the ticket price of the movie will be Rs150 on the opening day.

“Goodbye” becomes the first film to adopt the reduced pricing policy of Rs150 per ticket on the release day of the film. Amitabh made the announcement through a special video confirming the big news for people who love going to the theatres and encouraging them to watch “Goodbye.” The film also marks Rashmika’s first time in dubbing an entire movie in Hindi.

She said: “Dubbing is a very difficult task for me, all the time and in all the languages. For me, dubbing in Hindi was a little challenging but at the same time, I also learnt a new language.”