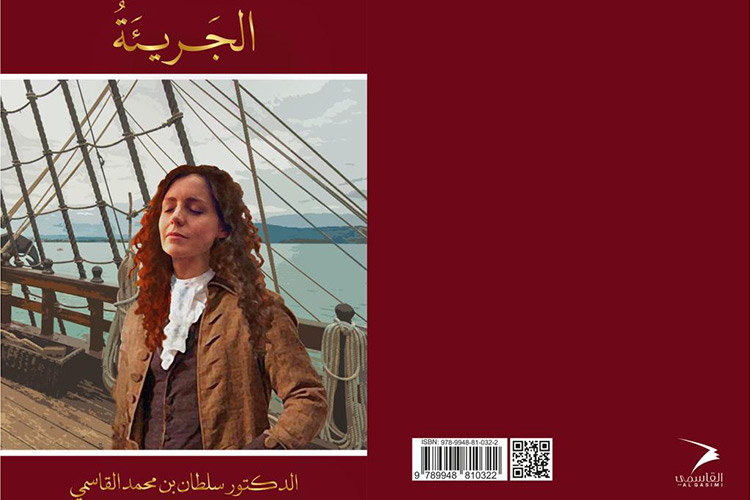 The cover page of the novel 'Al Jaria'h' (The Daring).

The Ruler of Sharjah recounts the genuine story of "Marie Petit," a woman who accompanied the French ambassador to Persia to collect a loan she had owed him, and who ultimately rescued the French expedition.

What happened to her when she went back to France and how she was tried are also detailed in the story.

The novel has 5 chapters and 86 pages and cites hundreds of foreign references.

Sheikh Sultan has authored 76 books throughout the realms of history, theatre, and literature, and many of them have been translated into 20 other languages.

This book is his most recent release.