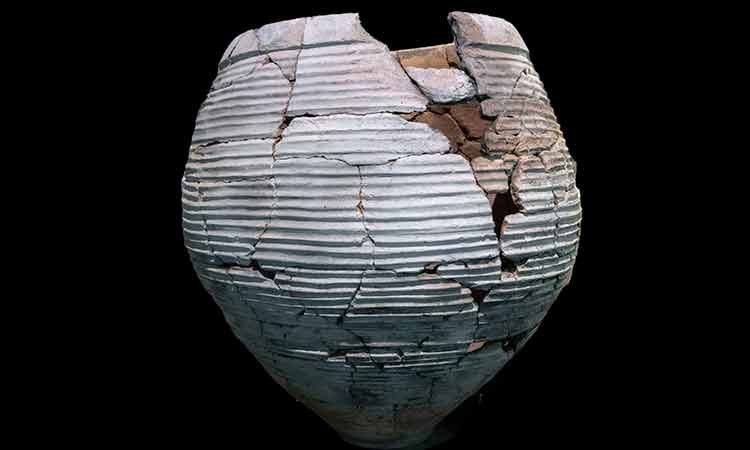 The fascinating find was recently added to displays at the Sharjah Archaeology Museum (SAM), and is part of a series of discoveries that suggests the area was a mercantile highway in the incense trade route between the southern Arabian Peninsula and Persia.

The jar, whose function is still under deliberation by archaeologists, stands at 155 cm in height with a body diameter of 141 cm and a rim diameter of 94 cm. It was found inside a columned building measuring 10 x12 metres within a large, fortified settlement at Muwaileh. The archaeological site also includes many houses built of mud brick, similar to those found in other settlements of the period in the UAE.

It perhaps served as the settlement’s executive and economic centre, a gathering place for the ruling elite or was used to welcome guests resembling the function of today’s majlis. Site excavations and analysis revealed that 20 date palm columns seated on stone bases were arranged in rows of four by five to support the large ceiling span.Two further storage jars were also discovered set into the hall’s floor, in addition to more than 30 small bridge-spouted jars found in an adjacent room, indicating it might have been a service room for the great hall. 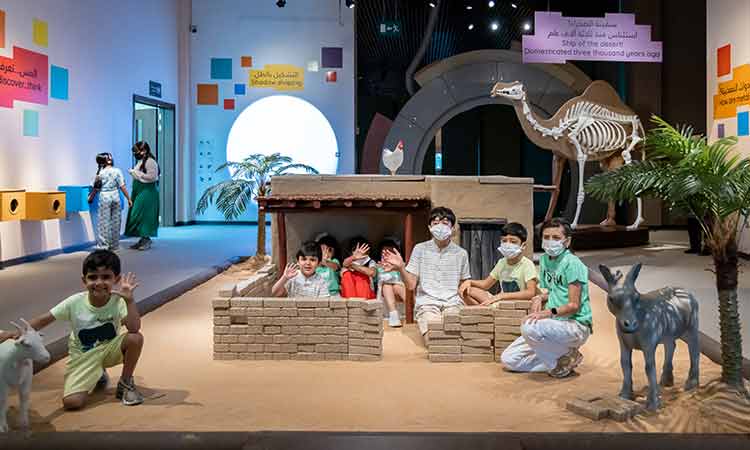 At the children’s corner in Sharjah Archaeology Museum.

Excavation work at the site unearthed many other items made of ceramic and bronze, including a ceramic goblet and a domed incense cover featuring perforations, surmounted by a bull figurine. The latest findings include a piece of ceramic with three letters in Sabaean, a South Arabian language that dates to the 7th century BCE and is the oldest language discovered in the UAE to date.

Commenting on the latest discovery, Manal Ataya, Director General of Sharjah Museums Authority (SMA), said: “I invite everyone to see this one-of-a-kind artefact at our museum as it best demonstrates the beauty of discovery and the remarkable feat undertaken by dedicated archaeologists and conservators who spent years piecing together numerous fragments without initially knowing what the finished vessel would look like.”

She added: “With seasonal expeditions over several years, the pieces were assembled and conserved to unveil the beauty of this enormous jar and its secrets.” Excavations in the area began in the 1990s, with an Australian expedition among the first to work on the site, followed by an American mission.

Relentless efforts of excavators has led to the discovery of numerous findings that help shed light on the lives of people of  the UAE in the Iron Age (between 900 and 600 BCE), during which the Falaj irrigation system was developed  to water crops, helping the establishment of villages near mountains.

SMA has also opened the country’s first interactive hall that teaches children about archaeology and Sharjah’s antiquities. Located at SAM, the hall that employs unconventional teaching methods, provides children aged 4 to 12 years with the opportunity to learn about the origins and development of Sharjah’s human culture, history and development. 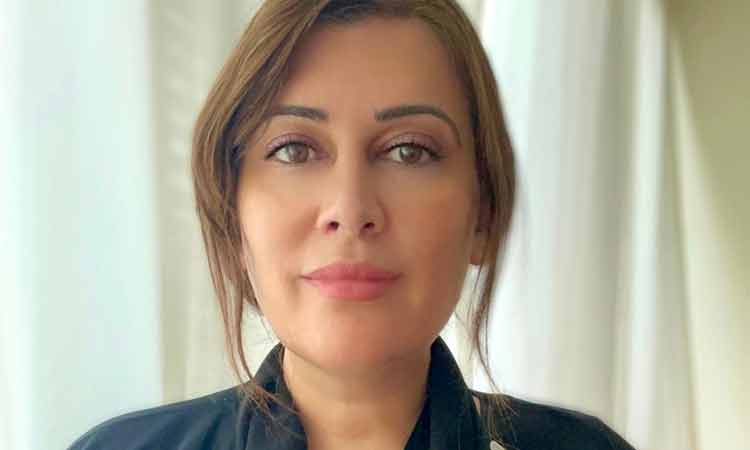 “Archaeology is a fascinating topic for children in particular as it encourages curiosity, discovery and wonder,” said Ataya. “The way it has been designed and the techniques and models it employs, the hall will help develop children’s senses and stimulate their imagination.

“Learning about UAE archaeology and its ancient history is critical for children to understand the past and appreciate the remarkable work of archaeologists. With our new children’s interactive hall, we hope to create a space for play and learning.”

Activities, display screens and a model of ‘Al Thuqaibah House’ that was discovered in the centre of Sharjah in Al Madam area and dates back to 3000 years, speak of the ingenuity of these populations in adapting to the environment and making full use of natural resources to manufacture weapons, hunting tools and coins and how they contributed to the development of an economy based on trade and irrigated agriculture.

A life-size camel figurine on display at the hall educates children about domestication of animals by the inhabitants of Sharjah over three thousand years ago. It will also help them understand how camels have helped facilitate transportation of people and products, including incense and spices to the trade centres in Muwailih and Maliha, in addition to using its leather and wool to make tents and rugs.

At the shadow corner, pupils can engage in different activities and will learn how to reflect shapes of animals that lived in ancient Sharjah on a wall, using their hands and a source of light. Other corners in the hall offer activities, including painting on rocks and arranging images that help tell the story of old Sharjah. “At SMA, we continue to introduce new ways that offer engaging and transformative experiences for children and families,” Ataya said. “We design series of year-round activities and programmes to inspire children through solving mysteries from clues and putting pieces together to tell untold stories of our past.”