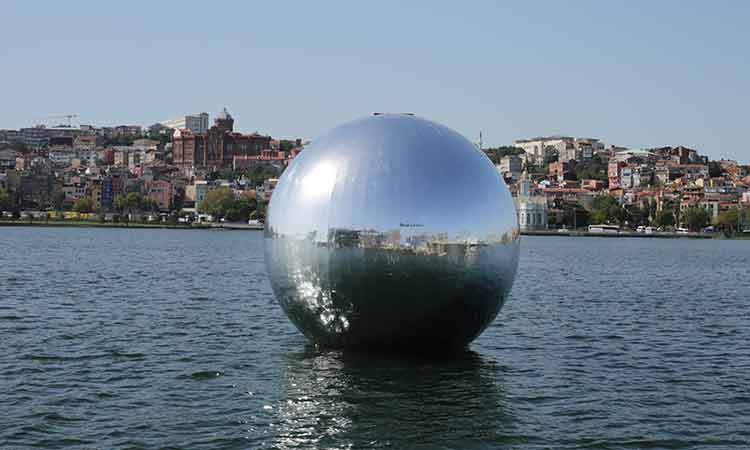 An installation floats on the waters.

Contemporary Istanbul (CI) art fair, one of the world’s leading art shows, took place in Tersane Istanbul, the historic Ottoman shipyards on the Golden Horn (Sept. 17 – 22). The 2022 fair featured 65 leading galleries and art initiatives from 22 countries. A total of 1,476 artworks by 558 artists were exhibited at the fair. It attracted an overall attendance of 48,700 during its VIP preview and general admission days. The 17th edition was visited by collectors and museum groups from around the world, including Switzerland, Brazil, Canada, the USA, France, Germany, Russia, and the United Arab Emirates. Major museum collections acquired new artworks at the fair. Participating galleries reported buoyant sales, with an overall sales rate of 77 per cent. Many works with listed prices from $15,000 – $65,000 sold in the first hours of the fair.

Art On successfully sold works by their artists, including Greek artists Evgenia Vereli and Malvina Panagiotidi. Anca Poterasu from Bucharest sold Dragos Badita. CI also held a reception for the Istanbul-based Consuls General and other diplomats, where the CI Chairperson Ali Gureli spoke about the vibrant cultural scene of Istanbul and about how art is transforming the Golden Horn. During the fair, CI partner BMW presented a special edition of the BMW 8 Series Gran Coupe created by Jeff Koons. As part of the collaboration, there was an artist talk between Jeff Koons and Gureli. 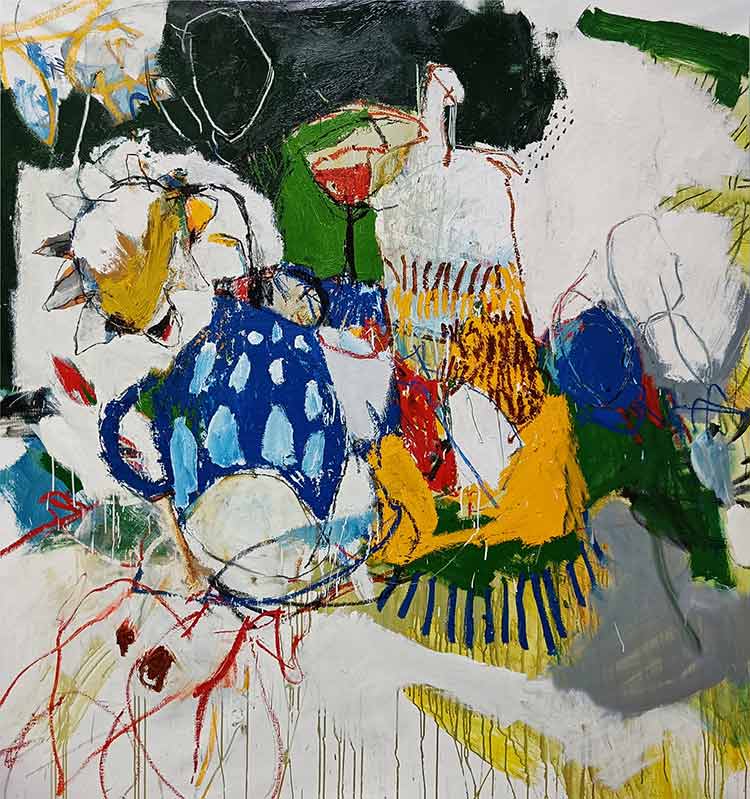 The 8 x Jeff Koons is considered the embodiment of precision, refinement, and craftsmanship, with a multi-layer paint taking 285 hours to apply onto each car. A strong line-up of galleries from Europe and the Middle East was joined by galleries from North America, Africa, and Asia. Fourteen galleries participated for the first time. Among them were Firetti Contemporary, Opera Gallery and Oblong Contemporary Art Gallery from Dubai; 193 Gallery, Paris; Bavan Gallery, Tehran; Bozlu Art Project, Istanbul; JD Malat Gallery, London and Roya Khadjavi Projects, New York.

Yes! We’re OPEN by Canan Tolon referred to the mercantile label so often seen posted on storefronts. Like most of Tolon’s works, it is essentially based on deceptive messaging. Istanbul-born artist Renee Levi recalled that her childhood spent in Istanbul has been a source of notable inspiration. She brought back her large dimensioned paintings titled Barbra from the Color Field series, which are wide, colourful blocks arranged to complete one another and were once displayed in Museum Langmatt, Baden, in 2019.

Martin Creed’s new work in Istanbul was a monument to water. As part of the CIF Dialogues by TAV Passport series, the Contemporary Istanbul Foundation (CIF) organised a series of public talks and discussions. Moderated by curator Marc Olivier Wahler, the “Testing the Elasticity of the Art Space” panel brought together Federica Beretta, Hou Hanru, Mehmet Even, Melisa Pezuk and Murat Tabanlıoglu on September 17. 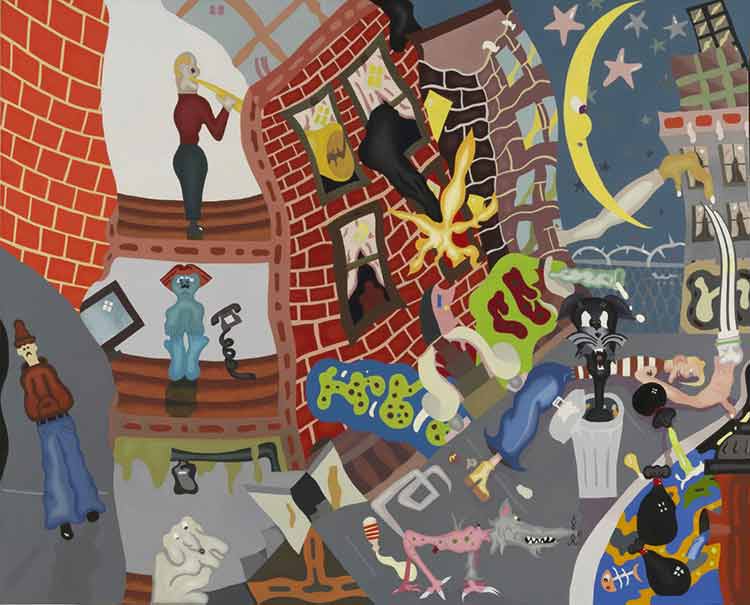 Speakers discussed the art spaces of today and tomorrow. Also on September 17, CIF Artist In Residence Program with Tosyalı Holding, held a talk programme focused on upcycling and sustainability. On September 18, there was a public talk “Art in Public Space” and “Digital Design: New Horizons for Architecture.” This summer, CIF has been running the CIF Artist-in-Residence programme in collaboration with Tosyali Holding.

As part of Disruption, House of Brothers Lounge also hosted talks about the place of artificial intelligence and technology in the art world, the nature of their relationship, and the future of art. At LG OLED ART booth, Kim Whanki’s Universe was exhibited as NFT. Artist Guvenc Ozel presented a new project, Spectrum. It utilises cutting-edge optical and simulation technologies to embed the audience into digital art forms in real time.

CI partner QUA Granite presented a work by sculptor Gunnur Ozsoy. With its shining mother-of-pearl colour and fluid form, the work she created for CI perhaps reminded the audience of a drop of water or stones found in nature. 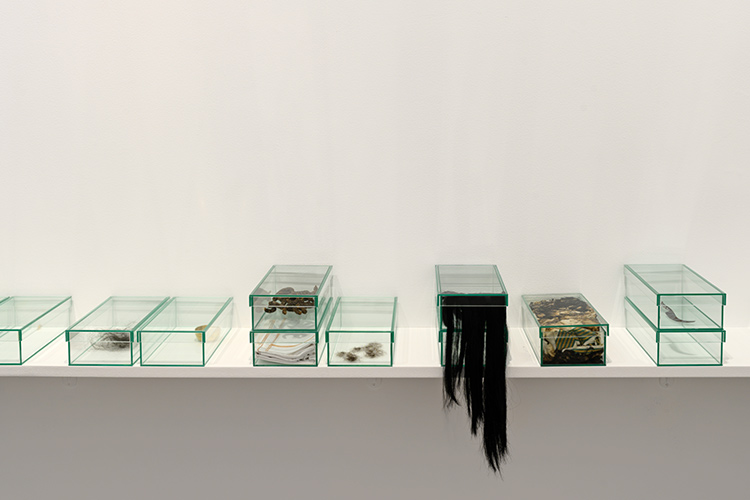